time for the WAVE!

Time to happily wave your hands because tomorrow is Strade Bianche! 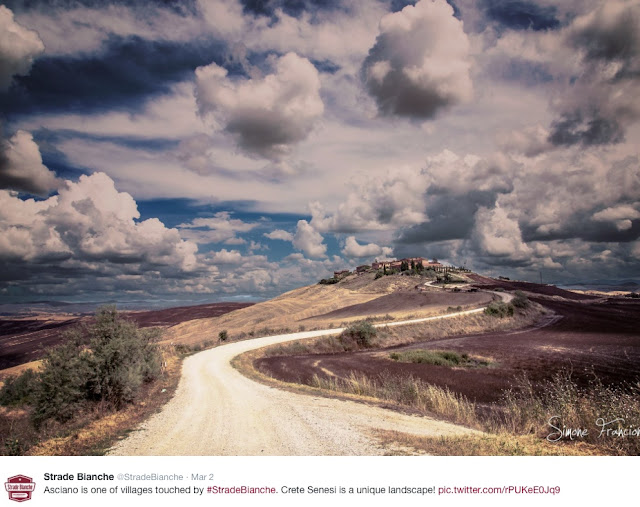 This is the eleventh edition of this great race on gravel hilly white roads in Tuscany much loved by fans and yours truly. The organizers deserve praise for adding two gravel sections, that's 11 sectors = 62km, total distance: 175km. The past ten editions were dry but if it rains, the gravel could also mean mud. Remember the muddy stage of the 2010 Giro d'ltalia won by Cadel Evans; part of that stage was used by Strade Bianche. 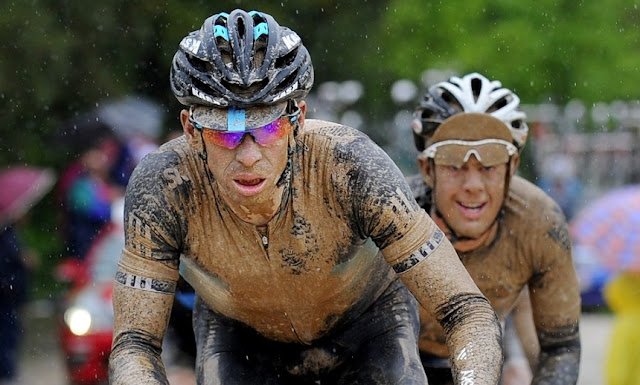 After moving the race to March 2008, this race slots in brilliantly during the early Classics season. Classic riders love it. The icing on the cake is this youngest classic will be the first time with World Tour status. It's turned out to be more prestigious than ever, now how about turning it as a Monument? 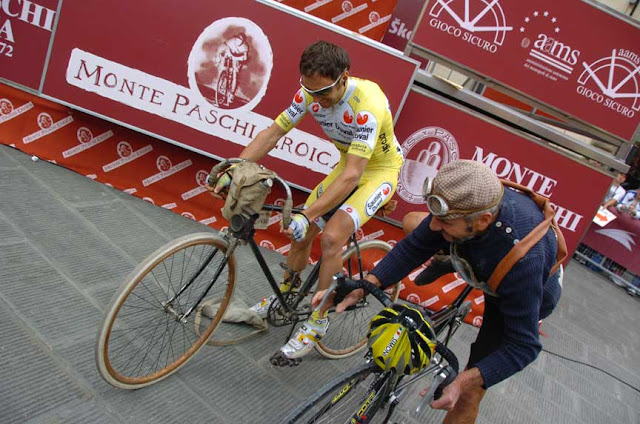 The final climb to the central square in Siena pitches up at (16%). It will require a rider with an explosive burst of power to get up quickly. 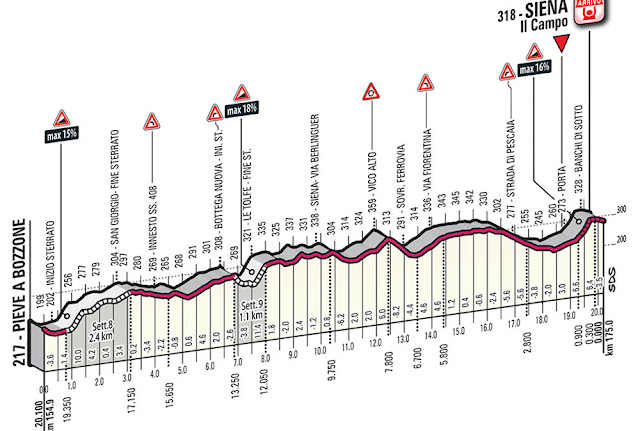 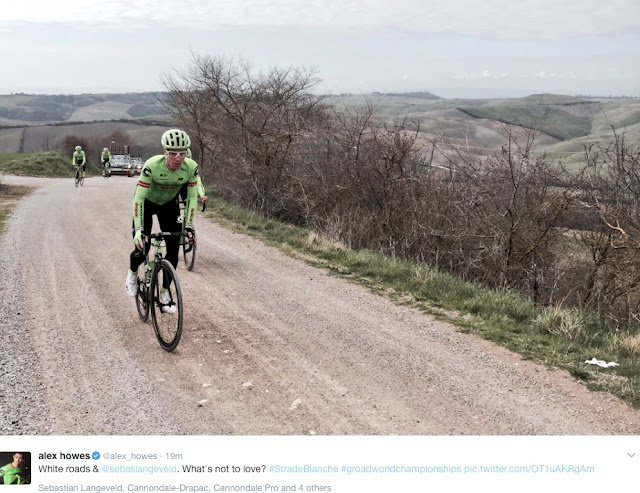 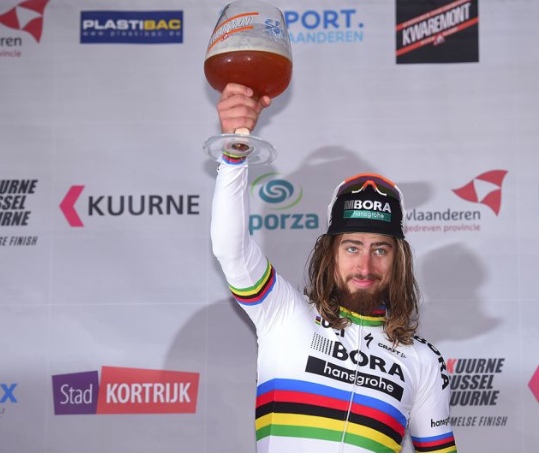