on July 20, 2008
The Tour was on this morning heading into Italy. I let the machine record it. So I headed out towards Jericho Beach on this beautiful warm sunny day here in Vancouver. Not too many sun worshippers yet, still a tad early. Although, I passed a lot of people heading to the Folk Festival on the other side of the park. On my way back home I stopped at City Hall for a closer look at the Olympic flag. Here's my pics from this morning.
Enjoy the day wherever you ride! 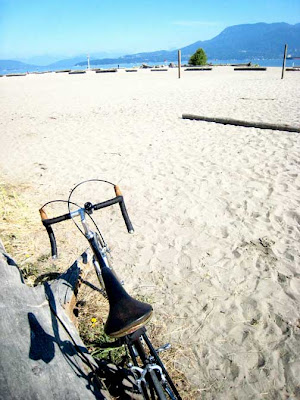 My bike on the beach soaking in the rays. 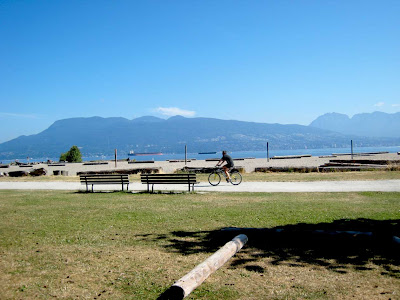 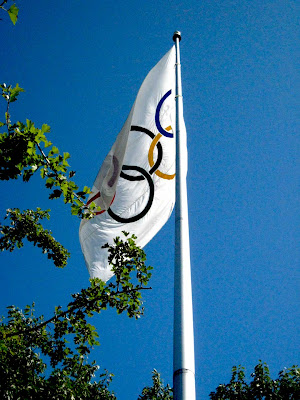 The Olympic flag at City Hall. 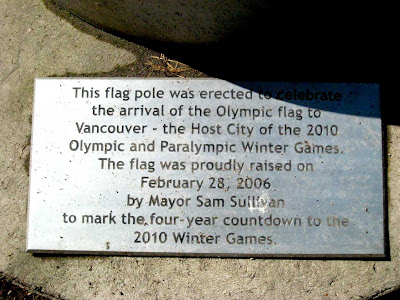 The Olympic plague.
The first line reads, 'This flag pole was erected to celebrate the arrival of the Olympic flag...'
fun rides