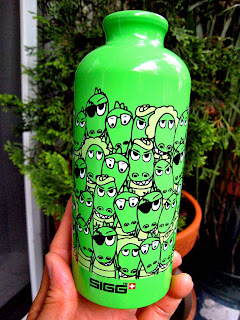 My new 'friendly' BPA free Sigg bottle.
I'm hoping the design is not just a clever disguise!
April of 2008, I posted on my discovery of the 'safe to drink' Sigg aluminum water bottle. It was a good motivating factor for finally freeing myself from the precarious relationship with the danger plastic. Upon further news that came from my brother, Sigg has issued a voluntary exchange program on all of their bottles made before August 2008. 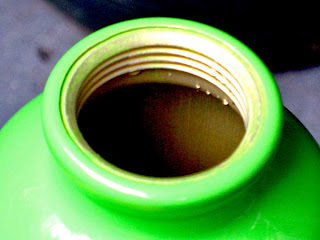 Now introducing...
The new 'Ecocare liner' in pale yellow.
It's ok, I just rinsed it. That's only water drops!
The pre-August 2008 liner contain a trace amount of BPA. As most of us know, Bisphenol A is use to make polycarbonate plastics and epoxy resins. Ingested in certain amounts can produce some types of Cancer. The plastic scare took it's tow as many of us scurry to let go of our old plastic water bottles and make the switch. With clever marketing, by Sigg, they touted a safer bottle to drink from. And they profited big time! From 2006-2007, Sigg sales skyrocketed to 250%! Were we mislead? I say we were and there's a corporate blurry line here. Sigg claims they never marketed a completely free BPA bottle. I must admit I jumped aboard too, because of BPA.
The bottle I bought, I now learn, has a bit of BPA in it. Sigg didn't let us know that. What a mix up. The Swiss company is in hot water for not being up front with the info until forced, is not a surprise. They're back pedaling, now offering folks to return their old BPA bottle's in exchange for the newer BPA free one. Now why didn't they offer this at the start?
This morning I went back to the shop where I first bought the bottle for an exchange. They were more than helpful taking back my old Sigg bottle for a newer one. With caution, I will use the new bottle.
After this distasteful affair, I can't help but think that the clever 'green' company seems to have outwitted themselves! 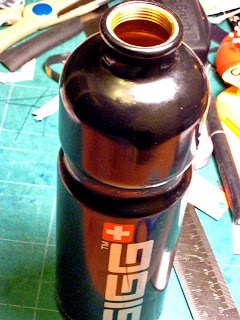 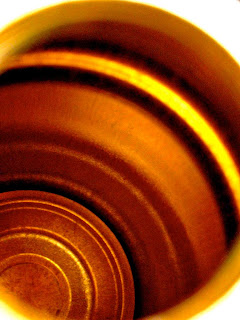 JS Grame-Smith said…
Yes you have taken right decision for the keep sigg bottle, its keep you safe from the plastic, by plastic very different types of problems create.
-----
Sigg bottles
November 29, 2010 at 2:22 AM