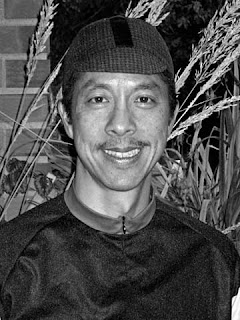 It's a start!
This is my second Mo-vember to give it a go to grow a moustache. In a show of solidarity, with work, I’m sporting a moustache for awareness of men’s health-specifically prostrate cancer. 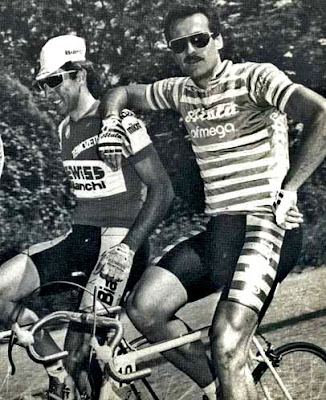 My German boss sports one. Seems he's had one since birth. His son tells me he’s never seen him ever without it. For the effort, it takes me awhile to grow anything on my upper lip. Only two weeks, it’s coming slowly along.

Moustache road riders were rare in the eighties/nineties. The only two I could think of was the Swiss ace sprinter, Urs Freuler and the Pole speedster, Lech Piasecki. Both, solid riders in their own right sporting the ‘stache. Today, I can only come up with the Garmin-Slipstream twins, Dave Zabriske & Steven Cozza. 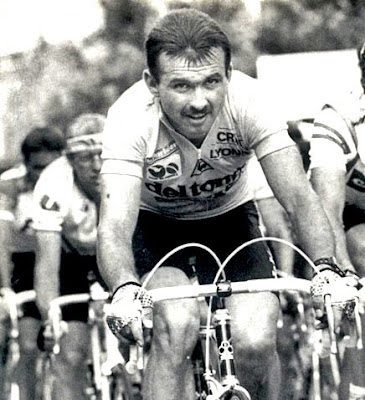 I’ll be daring and extend the ‘stache to Christmas... 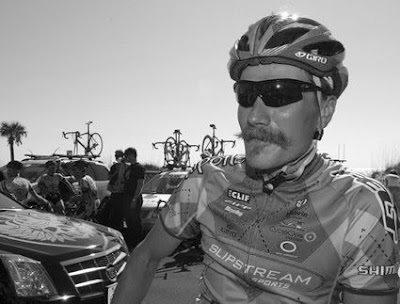 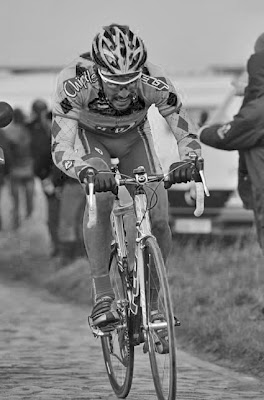 ... and Steve Cozza of Garmin.