Maurice Garin, nicknamed 'The white bulldog,'
often rode with his white jacket was the first Tour
champion.
From: Le Tour a century of the Tdf.
Superhuman is what I call the first Tour riders who rode the incredible if not mind boggling stage distances of over 400 kms. The Tour was designed as an epic race of endurance & courage. So enter the first edition on July 1st, 1903.
At just under 2500 kms, six gigantic stages with a group of professionals, semi-professionals & adventurers rode into unknown territory. Seven needed rest days were included as the riders ventured on their heavy bikes over terrible unreliable roads often through dust & mud. Sixty started & 21 survivors arrived in Paris on July, 19th. The race was especially ardulous to the non-finishers, many were ejected for cheating, some abandoned through fatigue and injury, and a few simply disappeared. All the stages took at least 24 hours to complete, and riders were expected to feed themselves and make repairs to their bicycles without outside assistance. Two stages started during the middle of the night. Maurice Garin made history becoming the first Tour de France champ. He won three stages; the first (467 km), fifth (425 km) & sixth (471 km). He won by 2 hours 49 minutes and the last rider finished 69 hours 47 minutes behind.
Since 1903, Tour organisers made the stages longer and harder and one of the longest post war Tours was the 1967 race. The stage was 359 kms long to Fontainebleau, and took the superhuman riders over eleven hours to complete. As Tour co-founder Jacques Goddet said, "Excess is neccessary." 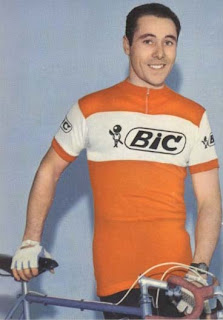