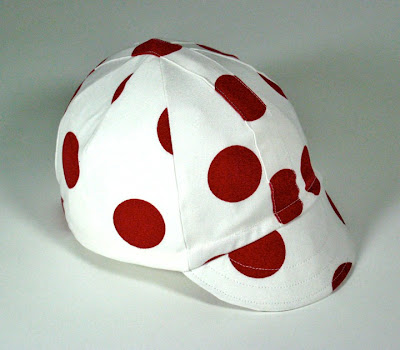 
I can't believe the Tour is fast approaching & will once again grace our presense. Like Johnny Cash said, 'I hear the train a comin' it's rollin' 'round the bend.' La Grand Boucle is that train and everyone will catch it this July 3rd with the prologue in Rotterdam.

I'm seeing polka dots, literally. Galstudio recently, produced a new Polka Dot Cycling Cap. We're proud of it, accentuated with big 1 1/2" dark red dots. Inspired by the King of the Mountains Jersey (maillot à pois rouges), the mountains prize began in 1933 but the familiar polka dot jersey appeared in 1975. Belgian Lucien Van Impe was the first grimpeur to win it. And the next year won his first Tour becoming the last Belgian rider to achieve it. Van Impe won the mountains classification six times (1971, 1972, 1975, 1977, 1981, and 1983) tying his hero Federico Bahamontes the Eagle of Toledo (1954, 1958, 1959, 1962, 1963, and 1964). Bahamontes loved the mountains and 1959 was his year becoming the first Spanish rider to win the Tour. 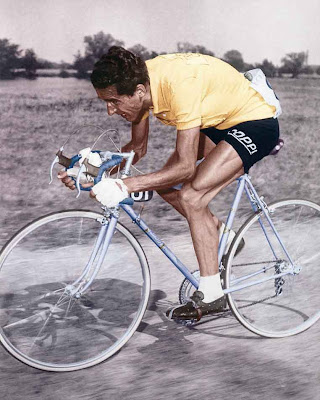