Brotherhood of the 'Stache 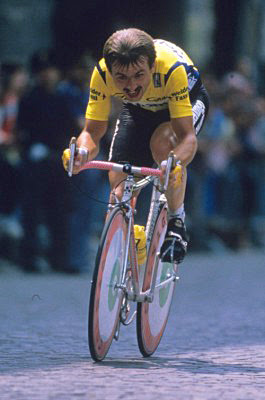 Lech Piasecki
The eighties was the time that I got interested in road cycling. If it wasn't for the flashy wool jersey's (there were a few) and steel bikes ... then definitely certain riders stood out with their accomplishments. 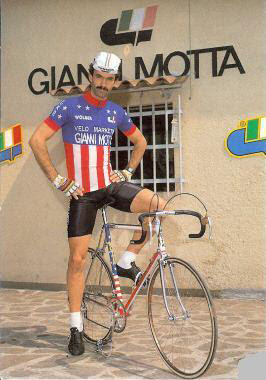 John Eustice
It's mid Movember and my 'stache seems to be looking like 'something' close to one. And, I'm rightly proud to sport it for the worthy cause of fighting the evil Cancer. On our last podcast, Guy and I mentioned that todays peloton is sorely missing of 'stache riders. Could David Zabriske and Steve Cozza be the only two? Don't forget goatee's do not count in the Brotherhood of the 'Stache. From that particularly fun & exciting period of cycling, I found a few favorite riders donning the ...pinch.

The not so secret, Brotherhood of the 'Stache 80s style...
My first go to guy is the rapid Swiss sprinter, Urs Freuler. A world champion many times over in the points & keirin race he excelled when it came down to the last 100 meters. At his peak he was unstoppable. Freuler had a lengthy and productive career from 1980-1995. He won many times in the Giro with 15 stage victories and the 1984 points classification. 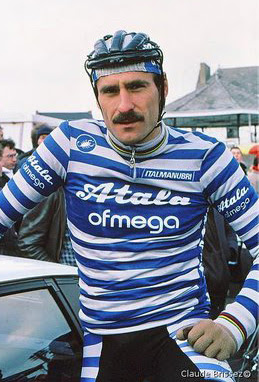 Rapid man, Urs Freuler
American John Eustice rode from 1981-1992. He was another rider to venture over to Europe to try to make it go. His 'stache was clear to see in the 1984 Giro notably riding for the Linea-Gianni Motta team. Under the guidance of the first ever woman manager, Robin Morton.

Alfonso Flores was the classic cleverly 'stached Colombian rider that won the 1980 Tour L'Avenir. He silvered at the 1975 Pan Am Games road race. Flores, perhaps the forgotten star of Colombian cycling in the eighties as Luis Herrera and Fabio Parra's star was higher. 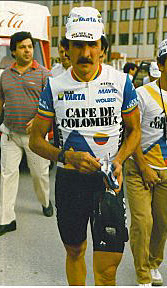 World Champion track rider, Lech Piasecki was the first Polish cyclist to wear the yellow jersey in the 1987 Tour. In his 1986 Giro debut he duly won the ITT to Sienna. Come to think of it, he always rode for Italian teams complete with his classy 'stache.

Belgian Luc Roosen started his first season in 1986 all 'stached. Where he rode his first Tour as a domestique for Joop Zoetemelk. 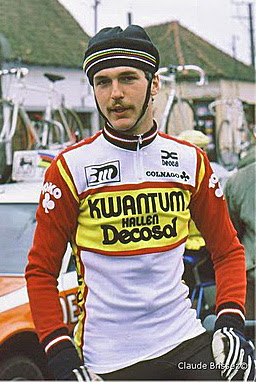 Unknown said…
Fantastic! I am also wearing a glorious Mo' in honor of Movember. Although, I hope to mimic Dave Zabriskie's great 'stache.
November 16, 2010 at 7:29 PM