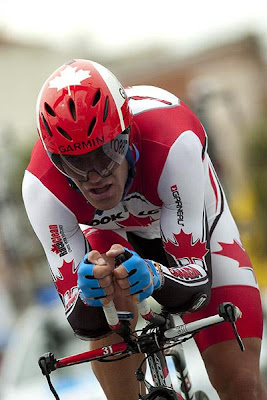 A Tuft ride in Geelong...
now a new Canadian ride with SpiderTech!
Photo: Shane Goss
An excellent Christmas present for Steve Bauer's emerging SpiderTech team is the signing of Svein Tuft. The Canadian is the first big name to jump from the difficulties of the Pegasus Sports Team ship and land in calmer waters. 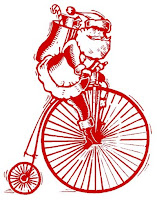 I have a good feeling for the SpiderTech team. Canada's first Professional Continental cycling team ranked #1 North American team on the UCI America Tour and with an essential ingredient of Tuft on board is starting to shape out nicely. He slots in well becoming the third rider with valuable Pro Tour experience. The other two are ex-Garmin team members, Lucas Euser & Pat McCarty.
CEO & DS Steve Bauer may have signed one of the worlds best time-trialists & workhorse in Svein Tuft and he knows it. He said, "Svein joining our team is timely. I'm expecting Svein's experience, horsepower and leadership capacities to launch team SpiderTech to new levels. We are estatic with this opportunity to work with Svein."
Another first is that SpiderTech holds the only three Canadian men who medal at the World Road Cycling Championships. Svein Tuft won the silver medal in the time trial at the 2008 Road Championships in Varese. Guillaume Boivin won the bronze at the 2010 U23 World Road Race in Geelong. And, Steve Bauer's bronze medal at the 1984 Road Championships in Barcelona.
However, the goal is for the Canadian owned team to ride in the Tour... with the experienced Svein Tuft joining the lineup, it's now a step closer!
SpiderTech Steve Bauer Svein Tuft

edwhitebone said…
This is great that local guys like Svein and Will Routley are riding for a Canadian Professional Continental UCI team.

Richard said…
Bauer's looking for all the right pieces for his team & he's definitely down the right road.