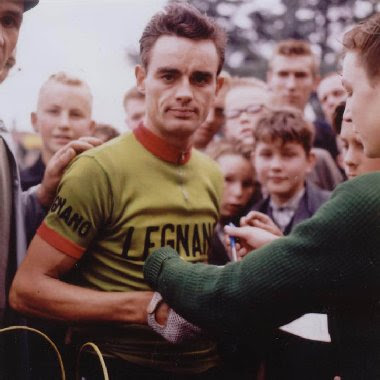 
I have enormous respect for the unheralded heroes of cycling. Those riders consider as the workers; domestiques, and gregario. They're numerous and win very little but contribute hugely to the team. Italian, Imerio Massignan was one such rider who did very well in the mountains of the Tour. 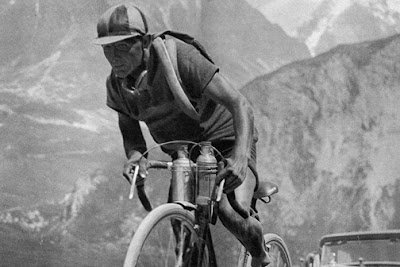 I imagine the Flea with dots on...

He was a climber, a very good one. Massignan was professional from 1959 to 1970 mostly for Italian teams. And, in his first season finished a close second, in the 1959 Giro mountains classification, to Charly Gaul.

His pedigree was climbing, in the 1960 Tour, he won the mountains classification and finished 10th overall. He returned, the following year, rising above all challengers with a stage victory at Superbagnères. Again, he won the mountains title this time finishing 4th overall. Bear in mind, the polka dot jersey was not introduced until 1975 and in a way it's a shame this great grimpeur never had the chance to show off the dots. Come to think of it, the very first KOMs champion, Vicente Trueba (known as 'The Flea of Torrelavega') would've looked equally impressive bounding up the mountains with the dots on. 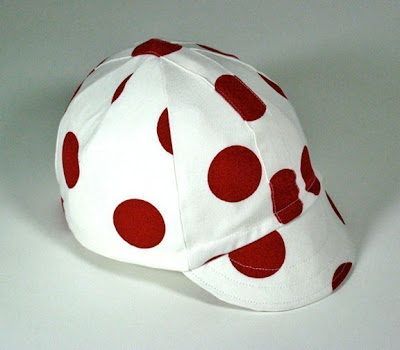 I tip our Polka Dots to him...


So, without further ado, I tip our Galstudio Polka Dots Cycling Cap to grimpeur extraordinaire; double winner of the King of the Mountains.... Imerio Massignan! 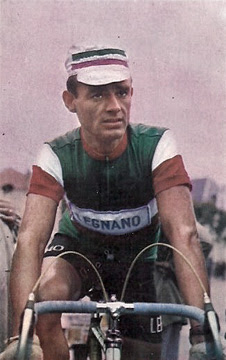 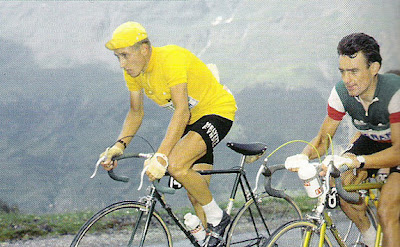 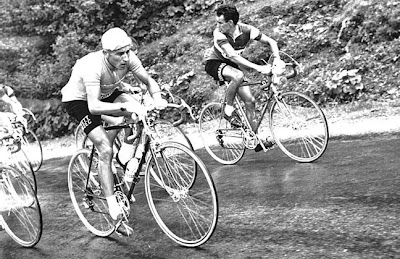 Climbing with Anquetil at the 1961 Giro. 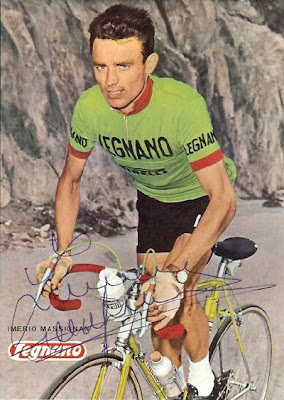 Jim said…
This remains my favorite of the many caps I've gotten from you. It was my present to myself for winning those three stage races in the Eastern Sierras last summer. They epitomize climbing, with mountain top finishes as high as 9,950' (3033 m). The cap is well made and handsome, and the polka dots come with their own meaning that everyone familiar with the Tour recognizes. I'm proud to wear it.
January 25, 2011 at 5:17 PM