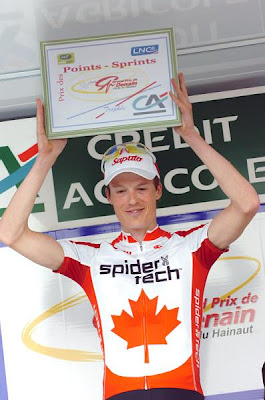 Aggressive tendencies was topic of the day for SpiderTech at the Grand Prix De Denain (April 14th) in France. 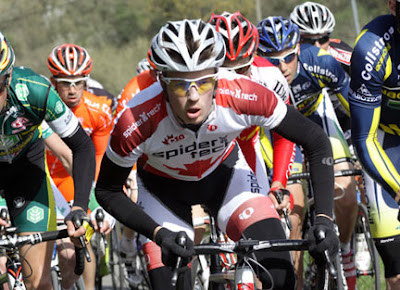 Canadian champion, Will Routley got himself into an early break and challenged for the intermediate sprints. Attacking solo helped secured Routley the sprints and win the Sprint Points Classification and Most Aggressive rider title.

The Spiders were all working for Zach Bell carefully placing him in position for the eventual bunch sprint. But unfortunately it never materialize as three SpiderTech riders crashed out with 15 kms left nullifying any chance for a crack at the final sprint.

For every misfortune there is fortune, Routley finished in the main bunch (71st) and secured his Prix des Points-Sprints title!
SpiderTech The Classics