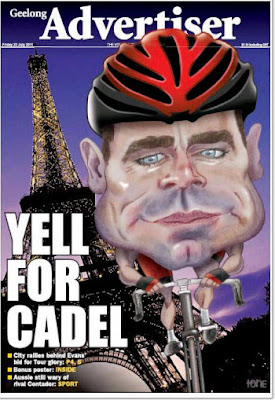 Cadel Evans nailed the door shut on his duel with Andy Schleck to take an amazing one minute and 34 second advantage and the yellow jersey. 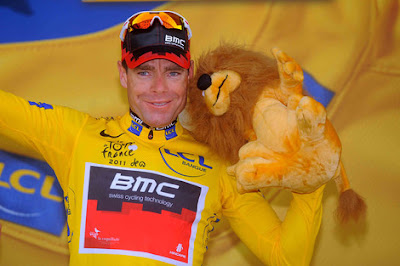 Golden moment.
(sirotti)
Evans stands to take the biggest win of his career and thrown Australia into happy pandemonium. So important his win, Prime minister Julia Gillard will grant a national holiday.

The victory makes the 34-year old the oldest winner of the Tour. And, it goes to show that it's better late than never to win. It was 88 years since Henri Pelissier won the Tour in 1923. He was also 34 years old.

It was so good to see him up on the podium, red-eyed with tears then hurling the bouquet into the crowd.

The two-time runner up is as good as gold to win this most exciting Tour. Tomorrow's ceremonial finish awaits for the sprinters along the Champs-Elysees. I'll be excited to see him sip champagne to Paris and I will be ...yelling for Cadel! 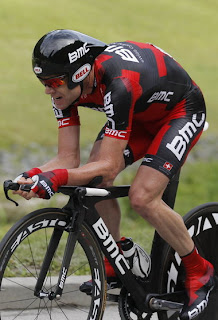 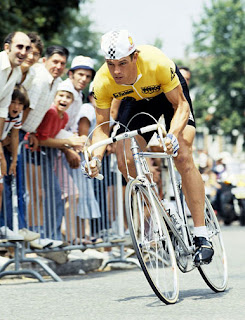 TrevorW🚴 said…
This will be a well deserved win after a fantastic and consistent performance throughout this tour......

what an amazing race for him mr consistent never cracked under pressure by far the strongest rider!:)
July 24, 2011 at 6:48 AM