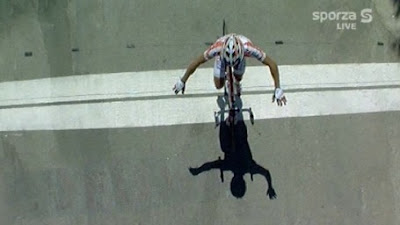 Back to back rockets, fired by Katusha yesterday with Daniel Moreno (Sierra Nevada) and today with Purito Rodriguez means a 2-3 in GC. 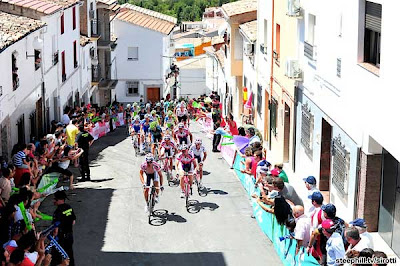 The 27% hurt...
Valdepenas de Jaen
Katusha is named after the rocket built by the Soviets during World War Two known for their noisy howl when launched on the terrified German army.

Rodriguez miss the Tour and rested for the Vuelta. Last year, his nemesis, Igor Anton handed him a beating in Vadepenas de Jaen last year. Purito finished in fourth.

This time, Anton looks to be fading and soon out of contention and Purito is back in third overall nine seconds behind leader Sylvain Chavanel.

Katusha is a Russian cycling team but Joaquim Rodriguez is their man that can win a Grand Tour namely the Vuelta. What is that I hear? Katusha is getting ready loading another rocket! 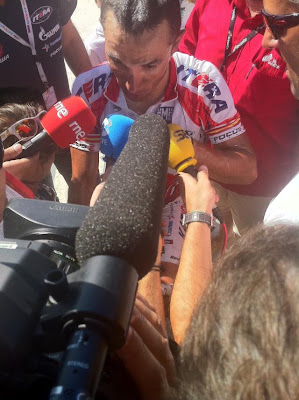