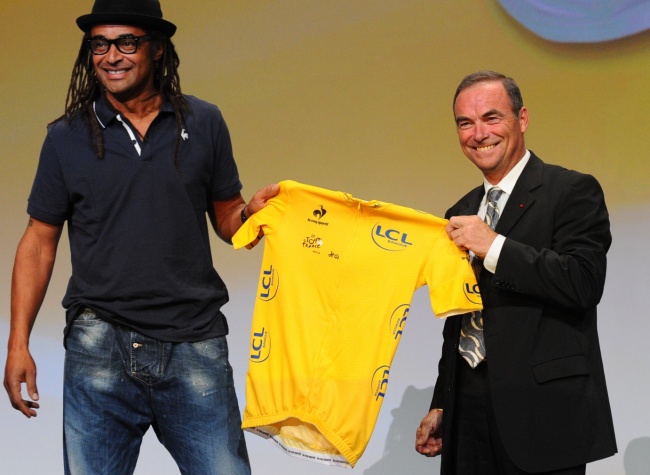 Bernard Hinault and French tennis great, Yannick Noah presented the new yellow jersey. I'm reading, Slaying The Badger by Richard Moore and interestingly these two French champions were the last of their kind. Yannick Noah was the last Frenchman to win the French Open in 1983 and Hinault was the last time a French rider won Le Tour in 1985.

Both men, sporting icons from the eighties looked pumped and showcased the new yellow jersey. Yannick Noah is a popular singer and of course, Bernard Hinault works with the Tour de France organization.

Two French icons, bringing back a true French sporting icon... something worth to crow about! 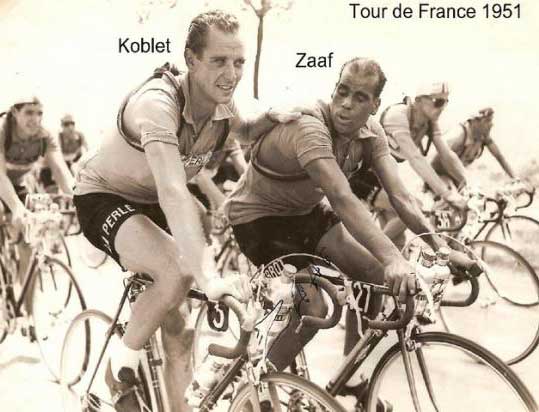