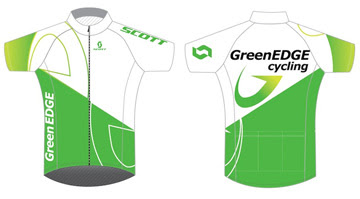 Now that Svein Tuft has signed for the Australian 'hit squad' GreenEDGE, the Canadian TT champion seems to be finally where he wants to be.

After reading the enjoyable and informative article by Anthony Tan from Velonews, I'm left to ask ...how far can Tuft go?

He's 34, not exactly young in cycling years, but he has the uncanny ability to do well in the time trial. He's a seven time National Time Trial Champion, a silver medal in the 2008 World Championship TT, prologue win at the Eneco Tour and second overall at the Tour of Denmark (including TT win).

This year he rode for Steve Bauer's TeamSpiderTech and achieved a rare double winning both the road and TT National Championships. He also won a one day Belgium semi classic, the Grand Prix Zottegem. Proving, perhaps a big classic win is in the cards. Can his time with Steve Bauer bear fruit? Remember Bauer was a master on the cobbles, he came close finishing second in the 1990 Paris-Roubaix.

I call the GreenEDGE team a 'hit squad' comprising of an impressive group of top riders hungry for victories in their inaugural season. Joining Tuft will be ex-Garmin teammates; compatriot Christian Meier and Julian Dean.

So much left in the tank for Tuft and exciting he's riding on the GreenEDGE team ...quietly plotting further success on the World Tour stage. 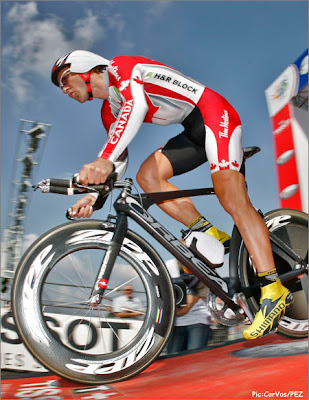