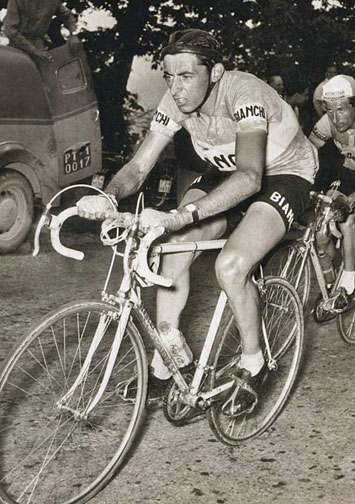 Revered as the Campionisimo, at his peak the rider oozed style and greatness...


"It is proven fact that between 1946 and 1954 Fausto Coppi was never caught once he had escaped from the peloton."  Pierre Chany, Cycling Journalist. 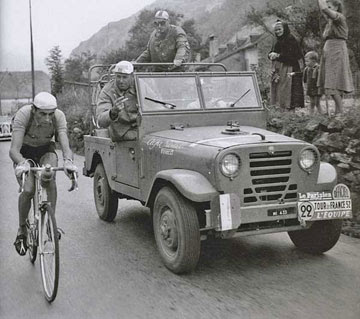 "He seems to caress rather than grip the handlebars, while his torso appears permanently fixed by screws to the saddle. His long legs extend to the pedals with the joints of a gazelle. At the end of each pedal stroke his ankles flex gracefully, a movement that would be wonderful to analyze in slow motion on a cinema screen - all the moving parts turn in oil. His long face appears like the blade of a knife as he climbs without apparent effort, like a great artist painting a water color."  Andre Leducq, two time Tour winner."


When Fausto Coppi passed away he was only 40 years old. The cycling world is still in mourning.
Fausto Coppi