The Golden Time of Le Tour 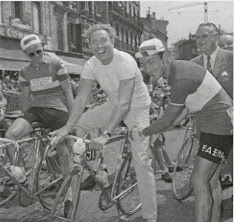 So many great riders too numerous to list. But will never be forgotten. Romain Maes interviewed years after he won in 1935, said, "Riding the tour was always tiring." But he did win, a tough rider from Flanders in Belgium lead the race from start to finish, convincingly.

The Italian rivalry between Gino Bartali and Fausto Coppi in the 1949 Tour would result in an unfriendly alliance that Coppi would wrestle to overall victory. His first Tour win for the man called, il Campionissimo.

The fifties was the Golden Age of Cycling, dare I say, I like to encompass the 30s and 40s as the golden time. The Golden Age introduced the stylish matinee idols on two wheels: Bobet, Koblet, Kubler, Gaul, Geminiani and Bahamontes. New mountain passes were introduced furthering the sheer beauty of the Tour: Alpe d'Huez, Mount Ventoux, Puy-de-Dome and Sestrieres.

A golden time of Le Tour! 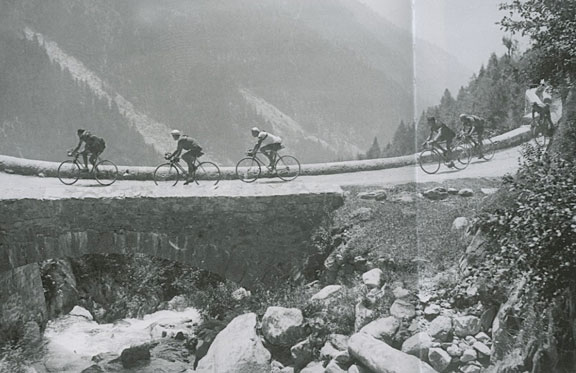