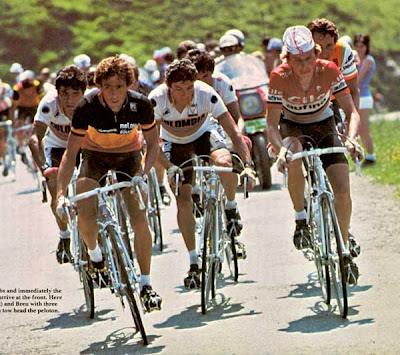 After reading the excellent post by Cycling Inquistion, it left me a little surprised that some Colombian ex-Pros are driving taxis in Bogotá.

Two Colombian riders that I always admired for their panache in the Tour are Patrocinio Jimenez and Pablo Wilches. Both are driving cabs and reportedly happy making an honest living but wouldn't it be something to find out after stepping into their cabs! 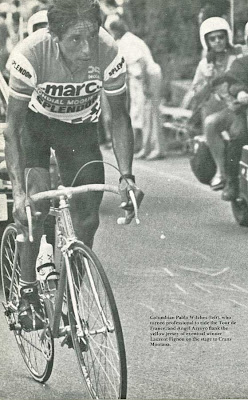 They were certainly two former Colombian cycling giants of the mountains. Patrocinio 'Patro' Jimenez had very solid palmares winning; 1976 Coors Classic, 1976-77 Vuelta a Guatemala, 1976 Vuelta a Colombia and 1976 Clasico RCN. But I first noticed the 31 year old in the 1983 Tour, of course, flying in the mountains. He wore the polka dots jersey for five days, finished second in the KOMs Classification and 17th overall. Like his compatriots, he or they were a climbing force taking a solid hold on the European cycling landscape.

Pablo Wilches' professional debut was the 1984 Tour riding for the Belgium Splendor team. In 1985, he was part of the successful Cafe de Colombia team then winning the 1987 Vuelta a Colombia. I discovered, at the age of 50, he competed as a Senior Master in the Vuelta a Colombia.

The images are from my archives of two great Colombian riders of the eighties making their Tour debuts but if you find yourself taking a cab in Bogotá, look again it could be either... the great Patro Jimenez or Pablo Wilches behind the wheel! 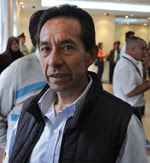 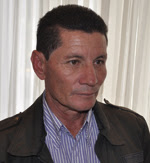