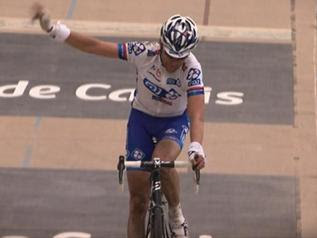 The favorite French FDJ-Big Mat rider collapsed in the velodrome, in 88th place outside the time limit.

That's an astounding 18 years as a professional rider. In his third Paris-Roubaix the savy Frenchman was with a eight-rider group into the veldrome. He surprised everyone by sprinting away to victory and gave his 1997 La Francaise des Jeux team it's biggest win in it's inaugural season. Marc Madiot, two time winner in 1985 & 1991, was Guesdon's team director and beamed in delight. His wins have been sparse, only 11. But, Guesdon duly won the 2006 Paris-Tours. 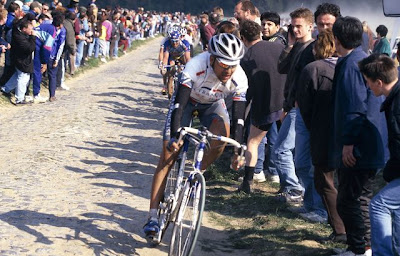 He crashed and broke his hip at January's Tour Down Under and his wish to finish his career in Roubaix was in doubt. A return to the Tour of Flanders (65th) cast any doubts for his Roubaix objective.

Part of the warrior class of riders is riding Paris-Roubaix, Guesdon shares the record with George Hincapie. But, Lady luck was cruel to Guesdon, after crashing and puncturing the honorable way was to finish.

As Tom Boonen was accepting his cobblestone trophy, Frederic Guesdon entered the velodrome and crossed the finish line with a huge applause from the fans ... honor restored for the retired champion of Paris-Roubaix. 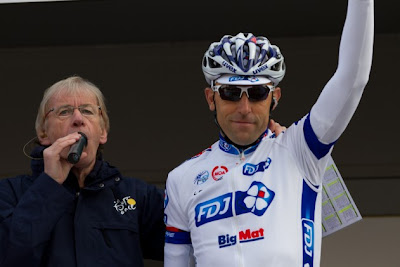 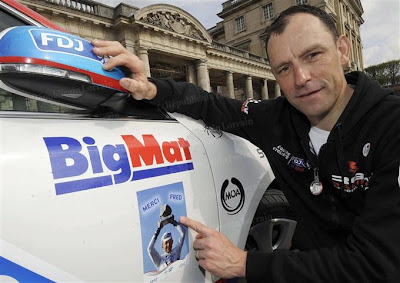 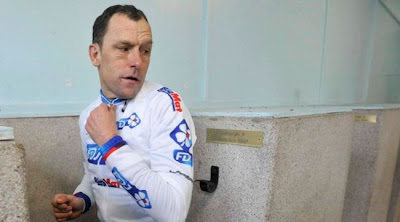 His last shower in Roubaix... 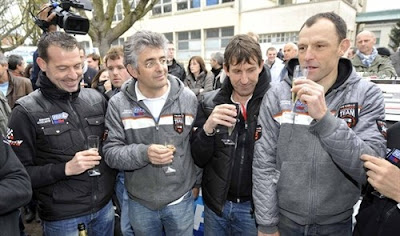 Inspiration Paris-Roubaix The Classics The Monuments Tour Down Under