Goss was one of the favorites to crash.


With three hundred meters from the finish, the sprinters drove around the tight left hand bend and red points jersey holder Matt Goss went over his handlebars and hit the deck. Determined also to win the stage, Filippo Pozzato hit him from behind and after the stage apologized...


"It was my fault, I admit that I'm the first to criticize those who risk too much. I knew the bend was dangerous, but when I saw that the road was narrowing I saw Goss in front of me and I was not able to stop. I don't know what he was doing, if he was trying to open a gap for a team mate or just turning like the others. His speed was too high and I hit him. I'm sorry and I apologize. I hope that Goss, who's a friend, and the other riders have no serious injuries. I hurt my side and I can't move one of my wrists, but I don't intend to pull out."

Cavendish was also brought down but is not injured, Goss appeared to suffer a bruise hip as both riders denied a chance at the stage win.

"It's sprinting. It happens. I want to be really clear that we don't have anything negative to say about anyone else. We're disappointed to see a stage get away from us, and that's it." 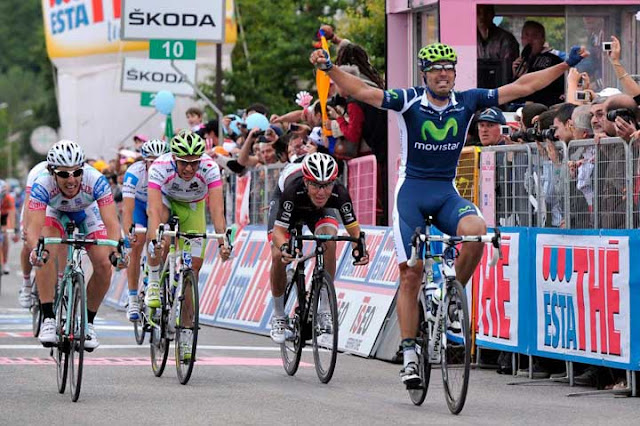 After the fall...
Francisco Ventoso triumphs! 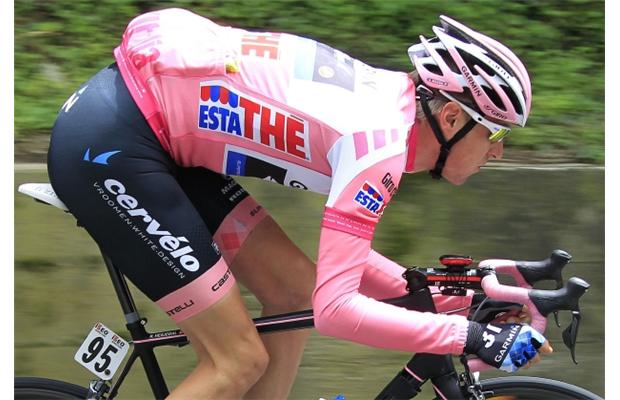 Ryder finished in seventh avoiding the crash and stays in pink!