VDV Rides Out of His Skin, Flyin' the Maple Leaf, 31 seconds & Cima Coppi 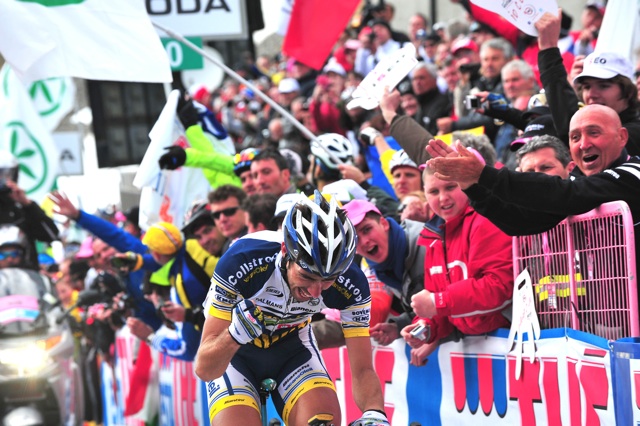 Chapeau De Gendt!
"The last few kilometers were very hard,
I was dying!"

Somewhere after his super amazing ride, Christian Vande Velde was probably smiling after riding out of his skin for Ryder Hesjedal. Same can be said for Peter Stetina, both were phenomenal setting and holding the pace high. Especially, Vande Velde paced Hesjedal up the monster 24 km Stelvio. What a picture of tenacity as VDV held it for kilometers after kilometers then dropping back with about 5kms remaining. Job done.

It was appropriate the battle changed at the very top of the snowy Stelvio as Hesjedal and Rodriguez started to react. Thomas De Gendt was having a ride of his life, riding hard since the Mortirolo, and went close to the virtual leadership. 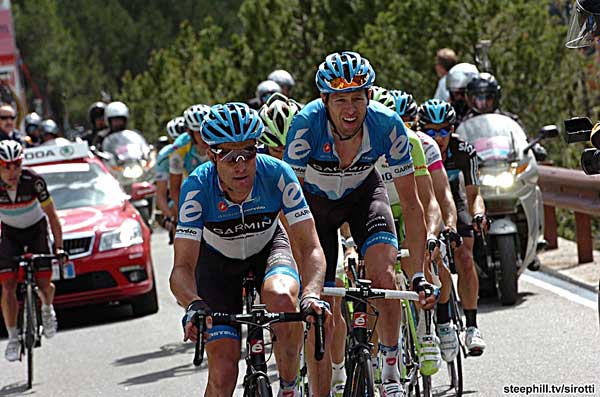 VDV...
"It worked out great. I was able to help out on the Stelvio,
for 45 minutes to keep a constant tempo. De Gendt was surpising."

Purito jumped with a kilometer left and took 12 seconds, 31 seconds in front of Hesjedal who finished sixth 3:36 behind.

I hope it's enough. Everyone seemed to be racing for me to lose today. The whole day, they stuck it to us. I was proud of how we rode." 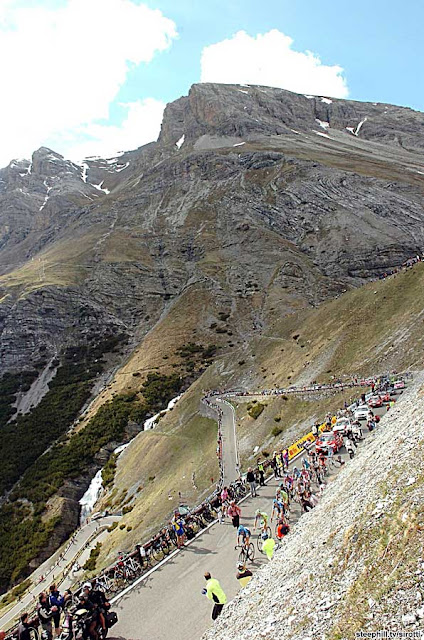 Tomorrow, the dramatic showdown, to this exciting Giro, will be on the streets of Milan. The Giro organizers has stated, on the Giro poster, it will be a fight for the pink. How they are so right for Ryder and Purito... right down to the last 31 kms of Sunday's TT! 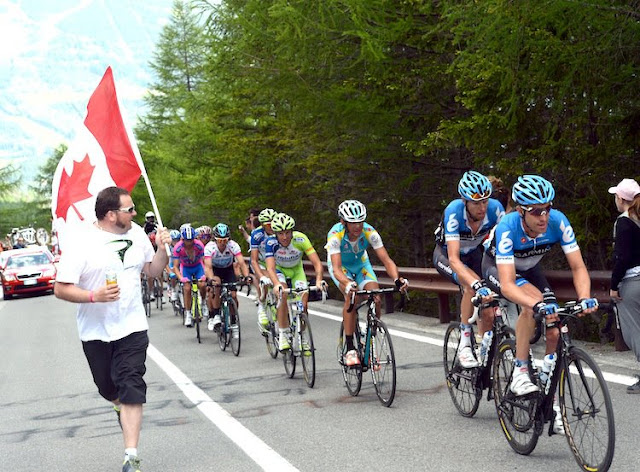 How to pronounce Hesjedal:

Most on television has mispronounced his last name, saying Hesh-DALL. The CBC (Canadian Broadcasting Corp.) asked Ryder and it's,  Hesh-JAH-dall, with an emphasis on the second syllable.