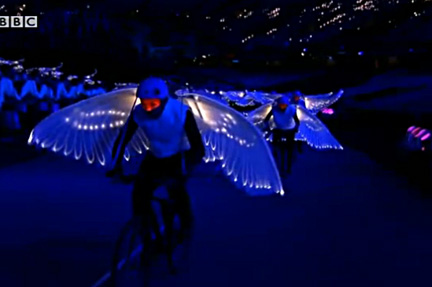 Quite the opening ceremonies of the London Olympics. A beautiful visual fest and my favorite moment (so difficult to choose from) ...was the blue cyclists with illuminated wings.


Tomorrow is what I consider one of the paramount events, the Men's Road Race! With everyone keying on the favorite Cavendish, there are a slew of contenders that will bide their time, wait it out (250 kms, 9 times up Box Hill) and try to avoid a mass sprint. If there is one, think of the possibilities a Peter Sagan or Andre Greipel will have. Sagan is another lone wolf and he'll have to key off others to profit. Ryder Hesjedal will have to do the same, be an opportunist and go with a breakaway and hopefully it stays until the end ...for a golden chance. 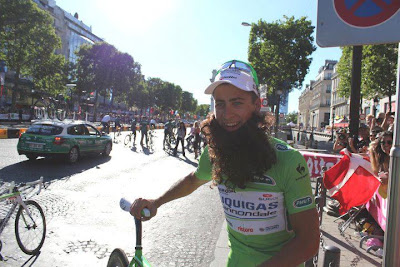 Is it time for Forrest Sagan?


Never say no for Cadel Evans. His disappointing Tour could be his gain, together with an experienced Aussie squad, with the right conditions, he could just pull the trigger to win. Or, how about PhilGil to redeem himself? I predict a day for an upset to win the gold. It's an early start for us on the west coast (2 AM), but I'll try to wake up as early as I can ...armed with plenty of coffee! 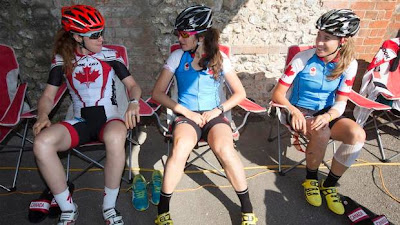 
The Canadian women's road race is Sunday (140 kms), twice up Box hill and there is plenty of excitement. Why? The Canadians have a formidable trio: Clara Hughes, Joelle Numainville & Denise Ramsden to work some golden magic. I predict Canadian Sunday gold. The start list.


This is a great idea... for .50 cents per hour you can lock up your bike in Tokyo. Safety in numbers. 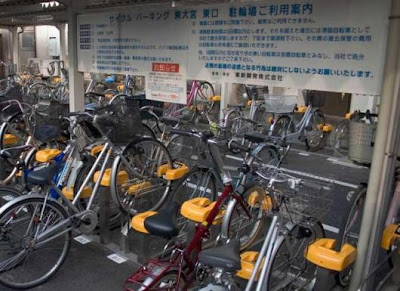 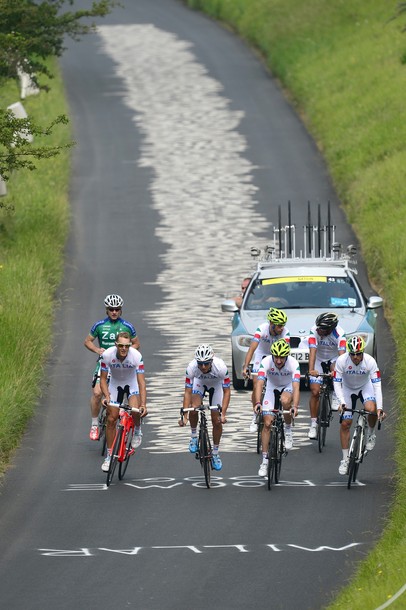 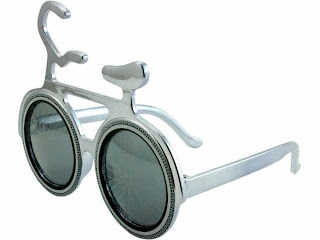 And, George Hincapie will retire after this season and together with his record of 17 Tours completed, he also has a career as a comedian...

Hinca...what? Love it!
Can you guess who the 'actors' are?

Frida said…
When I was 12years old, I too started cycling but I never had the chance to take part in competition. After 28years I'm still very fond of bicycle. Keep it up. Good job.