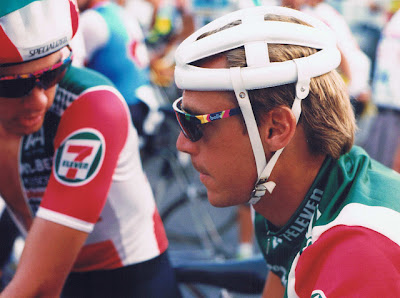 Steve Bauer...
back in the 7-Eleven days.

Since the surprise announced retirement by Sean Yates from Team SKY, David Brailsford and staff is busy looking for a suitable replacement. One famous name, I read online, was Steve Bauer the legendary TeamSpiderTech director sportif. As SKY goes through changes Bauer's TeamSpiderTech is also changing. On the cyclesportmanagement website... "They will postpone racing activities for the 2013 season and use the upcoming year to focus on acquiring additional corporate sponsorship."

The bottom line, Bauer is focused on jumping to the WorldTour in 2014, competing in the premier races including the Tour de France. That means, the need to acquire additional financial partnerships the reach this goal. 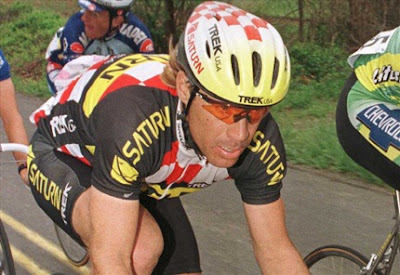 
Rumour? Very likely. I can't see Bauer having a season devoted to Team SKY, and at the same time, handling the stressful role to acquire corporate sponsorship for his 2014 WorldTour goal. What I discovered, interestingly, is that at one time Bauer turned down a chance to work with Team SKY Procycling. 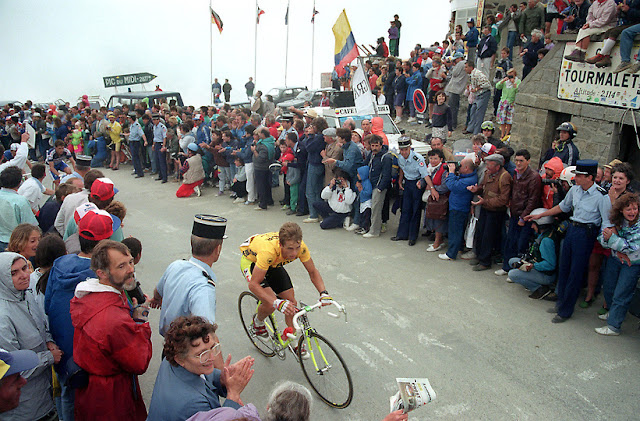 Going over the Tourmalet, 1989.
Today, Greg LeMond remains as the only American to win the Tour. 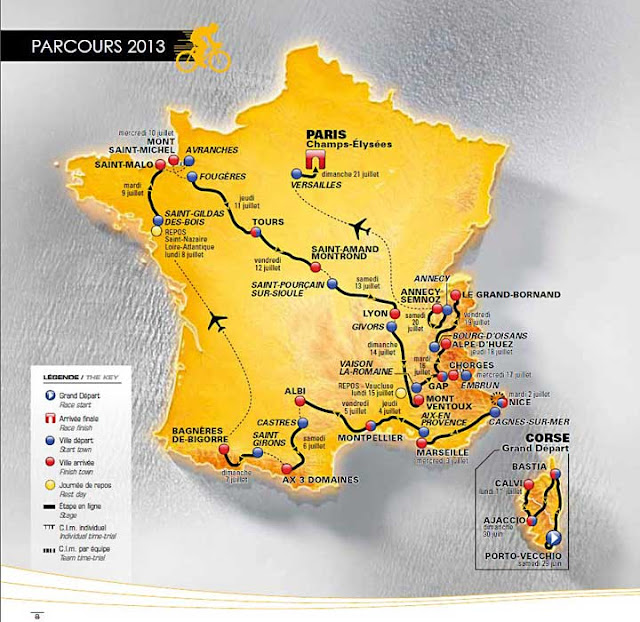 Vive le France...
For the first time since 2003, the centennial edition will stay in France. 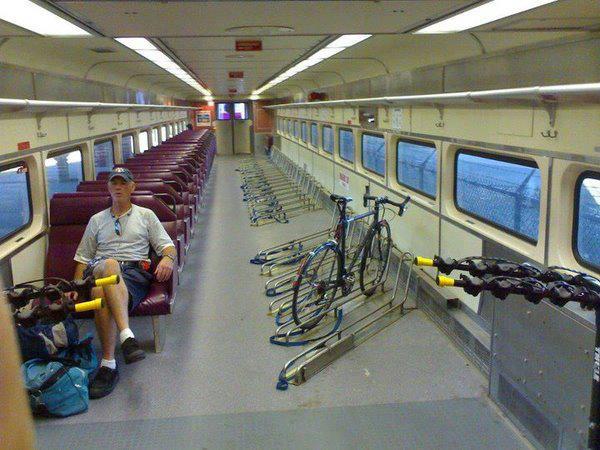 Have a good riding weekend... wherever you're going!