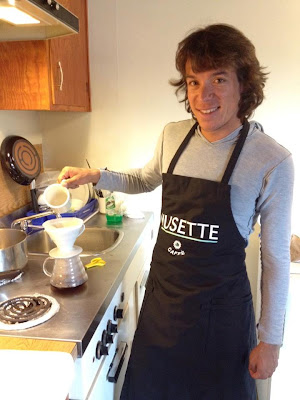 I'm back from an intense four-days of the Make it Show. And, I feel that I left the blogosphere world and entered another world. We don't do many craft shows but one thing I can say is that it was an amazing experience meeting folks, both new and returning customers for our Red Dots Cycling caps and inner tube accessories. By the sheer massiveness, Make it is ramping up to become the indie craft show in Vancouver. About 9000 crazed shoppers attended the four-day show where we almost sold out our entire winter cycling cap supply. The most ever, in our third appearance.

This morning I received an email from Thomas of Musette Caffe asking me for promotional cycling caps for a special project he has planned for this week. If you don't know, Red Dots Cycling's winter cycling caps are now available at Musette Caffe/ Raiment Cycling Clothing. A great combination of the important beans, bikes and high end cycling clothing awaits all cycling fans. Hint: Christmas is coming!

In fact, I'll be dropping over tomorrow afternoon with some caps and chat with Thomas. As Musette Caffe is Vancouver's favorite destination coffee spot for many cyclists (I myself included) a certain famous Team Sky rider, Rigoberto Uran graced their premises last June. 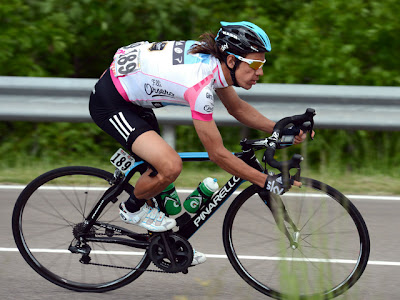 I'm reminded of the Velonation article as the talented Colombian has stated he is 'very happy' with his 2012 season. He had a fine start to the summer with a solid seventh in front of compatriot Sergio Henao (ninth) in the Giro d'Italia also securing the white jersey. He took a deserving break and travelled here to see his girlfriend, who is attending school. I didn't get the chance to meet him but pictures were on their Facebook page of Uran riding up Cypress Mountain, making coffee and generally enjoying himself.

His success continued with a silver medal in the London Olympic road race, 29th place in the Vuelta, 1st in the Giro del Piemonte and 3rd in the Giro di Lombardia. He's a fantastic rider and good news, he will return for year number three with Team Sky where, I predict, his success will be even more... SKY HIGH!