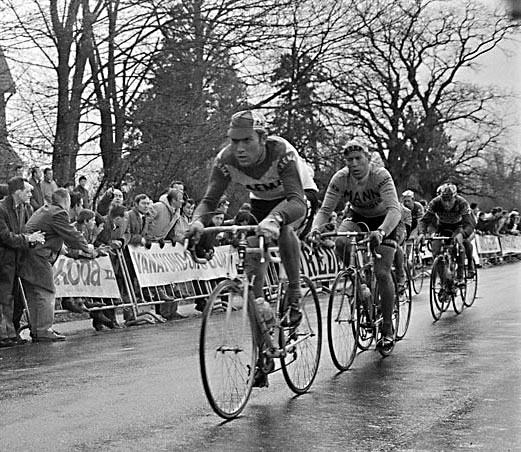 Daniel Friebe's, 'Eddy Merckx: The Cannibal,' is an excellent book that I'm finding difficult to put down. I'm taking my time reading it, absorbing every word. It's that good. The book is choke full of memorable quotations from his poor adversaries. He created many.

The Cannibal was driven. So driven that he often directed the peloton to total exhaustion. As he pulled his peloton along, many riders were just holding on like grim death. Friebe interviews former Salvarani rider, Dino Zandegù asking him, what was it like racing against him?

He came from us from every angle, slaughtered every one of us, like some rabid wild man, some barbarian. He could have been the greatest footballer, the greatest skier, the greatest boxer of all time, only he chose cycling. But Merckx also had this great drama in his life: he couldn't stand, couldn't tolerate losing. And it was a real drama for him.

Oh, he used to drive me nuts. When he was racing, you knew that he could put you out of the time limit any time. It was a constant, breathless chase. He couldn't wait for kilometre X, when he would attack and smash us all to pieces. I used to tell him to go stuff himself. When you're hurting, you turn nasty. I'd be shouting from the back of the bunch, "Vaffanculo, Merckx! Bastardo!" Half of the peloton detested him despite thinking that he was an OK bloke.

Johnny said…
That's awesome and inspirational at the same time. I'm sure that's what my friends say when I take them on rides with me.
December 21, 2012 at 3:51 PM

Anonymous said…
Hi
Thanks for your good article.