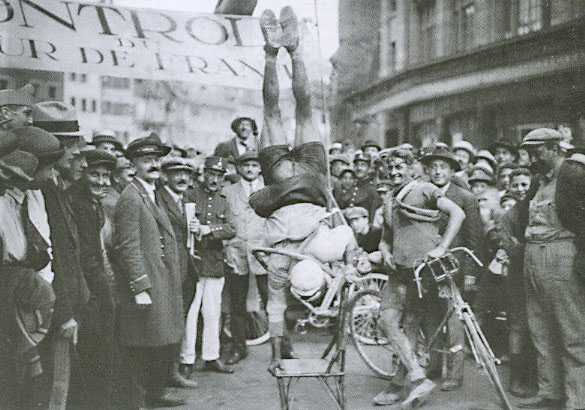 
Tour founder, Henri Desgrange held a tight leash around the riders offering unsympathetic draconian measures. Desgrange believed the Tour had to be an example of inspiration the ultimate human physical achievement. For example, riders had to fix their bicycles without outside help and forbade riders to cooperate with each other. For the riders had to be independent and self-sufficient.

In 1921, the shortest stage was 272 kms, the longest ...482 kms. The riders could only curse at the insane long stages ahead of them. The great French rider Henri Pelissier would use his own authority to object and raise enough hell to eventually convince Desgrange that too long is too much. Pelissier was the hero of French cycling winning: Milan-San Remo, Bordeaux-Paris, Paris-Roubaix (twice), Giro di Lombardia (3-times), Paris-Tours and the 1923 Tour de France.

Pelissier made very public his disdain for the treatment of riders in the Tour. So much so, he fought for rider's civil rights against race authorities including Desgrange.

In the 1924 Tour, Pelissier decided to throw one of two jerseys he was wearing during a stage. Desgrange's rule that riders had to finish each stage with EXACTLY the equipment they started with. Well, shit hit the fan, Pelissier was treated "like a schoolboy" and promptly quit that Tour. Les Woodland, 'The Unknown Tour de France', wrote Desgrange called Pelissier, "this pigheadedly arrogant champion."

According to Dutch sociologist, Benjo Maso who wrote the clever, The Sweat of the Gods... Pelissier had many enemies among the riders, especially among the Belgian riders. At that time, the French riders still regarded them as interlopers and they frequently had a tough time in the peloton. Pelissier believed Desgrange confused 'toughness' with 'brute strength'. He added, the Tour was a race for 'workhorses' (the Belgian riders) and not for 'thoroughbreds' (like himself).

By 1927, Desgrange would finally relent and reduce the stages to a more 'humane' 225 kilometres, when Pelissier's cycling career was coming to an end. 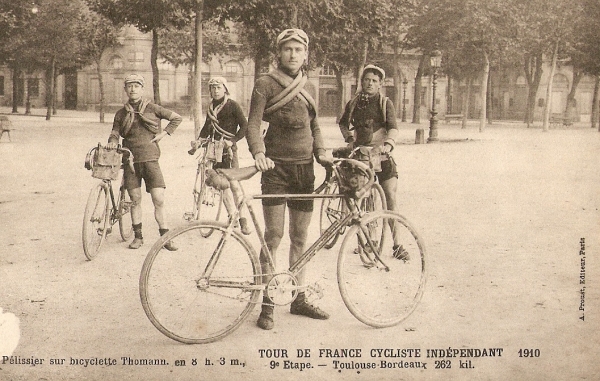 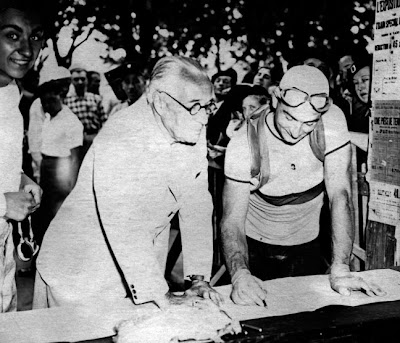 ...had rows with Henri Desgrange.
The father of le Tour is keeping a watchful eye
on Roger Lapebie, stage 16 1937 TdF.
ilpost.it