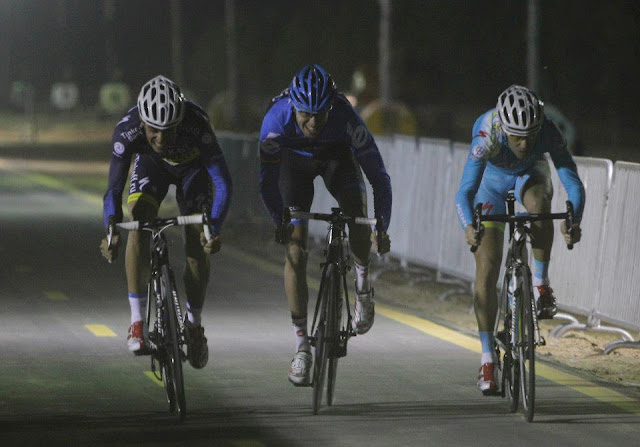 Racing err riding from some of the big guns of cycling started today... in Dubai.

Three grand tour winners: Ryder Hesjedal, Alberto Contador and Vincenzo Nibali competed in an exhibition race. Officials invited them for this weekend to help promote more cycling events in the future. One of the races will be the new Tour of Dubai, slated for next season.

Nibail and Contador will square off at the Tour de San Luis in Argentina, January 21-21. I don't know when Hesjedal will start his racing season but intends to go for the Giro/Tour double later in the season. As we stretch and scan the horizon, we will have to wait for what promises to be an exciting May 4th in Naples and June 29th in Corsica. 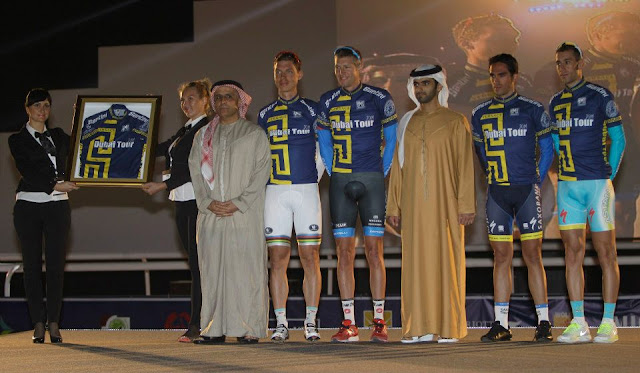 Tony Martin was also in Dubai.

He rode against a racehorse over the same distance (1km) ...and lost.


Reports are out that de-throned king, Lance Armstrong is considering publicly admitting that he use banned performance-enhancing drugs and blood transfusions during his cycling career. He wants to lift his life time ban so he can compete in triathlons.


Have a good riding weekend!