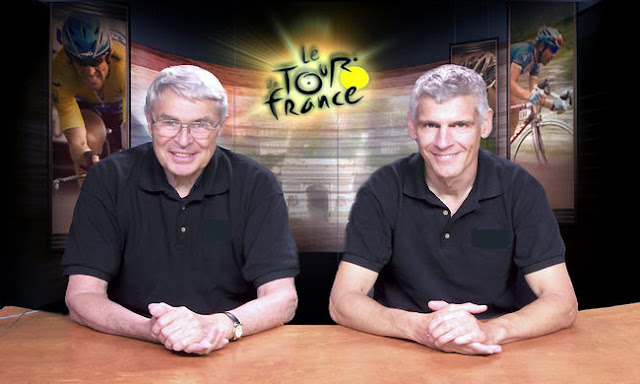 I grew up in Edmonton cheering for the Montreal Canadiens.

Back in the seventies, it was either the hated Maple Leafs or cheer for the Stanley Cup winning Habs. La Soirée du hockey via Radio-Canada would be the channel I would turn to for Saturday night hockey because the Canadiens would always be telecast in French. For me, I wanted to learn French and in a way, it was cool to do so.

For the much-storied Canadiens would not be the same without one of Québec's famous sport's voice of hockey... Richard Garneau. One of our country's top voice of sports has passed away at 82.

I grew up listening to the familiar voice of Garneau and, to me, he was genuinely the voice of the Canadiens. His special thorough knowledge of all sports transcended to his coverage of 23 Olympic Games and later covering Le Tour de France. He was known for his impeccable grasp of the French language and his encyclopedic knowledge of Olympics. I'm very happy to follow his last Olympics in Vancouver. He also covered cycling lending his authoritative presence to the GP Cycliste de Montréal and Québec City. Again, that familiar voice  I grew up with and respected and admire.

The Québec voice of
The Olympics...