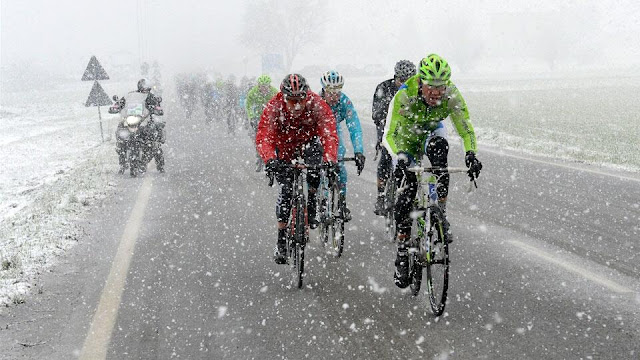 Truly Epic. Snow, rain and cold ... la classica di Primavera wasn't anything like Spring, but it did end with a pleasant surprise...

Uber sprinter Gerhard Ciolek, may his debut with his new Team MTN-Qhubeka. The first Pro Continental team from Africa also debuting the first black African rider to ever race in a WorldTour event, Songezo Jim. The weather was atrocious even by my Canadian standards - I wouldn't ride in that snow storm. Tom Boonen knew and Vincenzo Nibali waited to find out. Some of those images of the frozen riders is ...apocalyptic. And, what about the shower cap? Will it become standard issue? 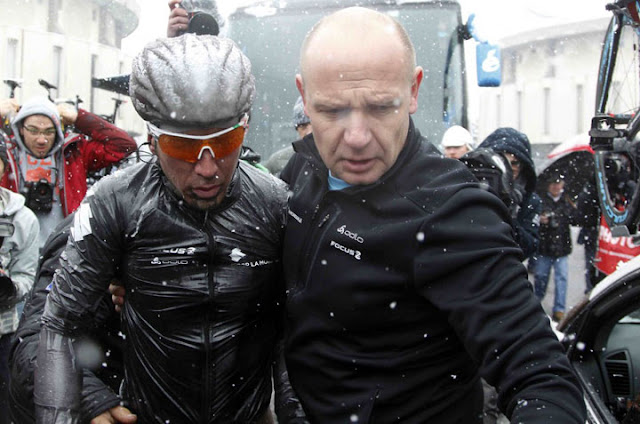 Back you go in the bus!

Organizers stopped the race almost two hours in, put in their team buses to thaw and then moved the race to a safe location sidestepping La Marnie and Passo del Turchino.

On the Cipressa, Gilbert started his attack teasing anyone interested to follow him. By the Poggio a group of six played along including favorites Sagan, Cancellara, Chavanel and Ciolek. The German sprinter played the waiting game (famous words from Sean Kelly) and pounced away from the two riders marking each other and won.

Gilbert afterwards said, "I tried on the Cipressa."

Ciolek said, "It's unbelievable. This is an unbelievable success for us and just an incredible day. We just came here as a wildcard and now we're standing here with the trophy. This is great. I knew I had to follow all the best riders on the Poggio and it worked out perfectly. I had great legs in the sprint."

For Peter Sagan, my pre-race pick to win his first monument and will have to wait just a little longer said, "I went too early in the sprint."

Gerhard Ciolek winning a huge, a very huge victory for his Team MTN-Qhubeka, timing it right and... playing the spoiler. 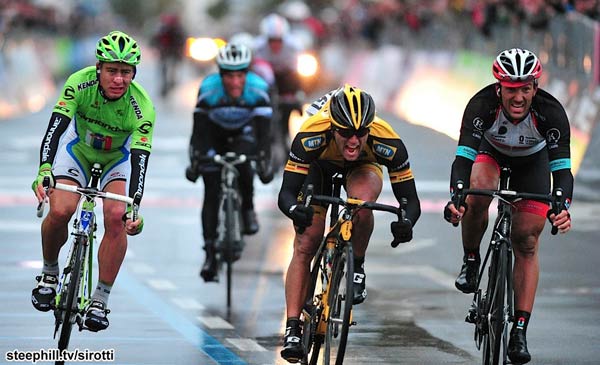 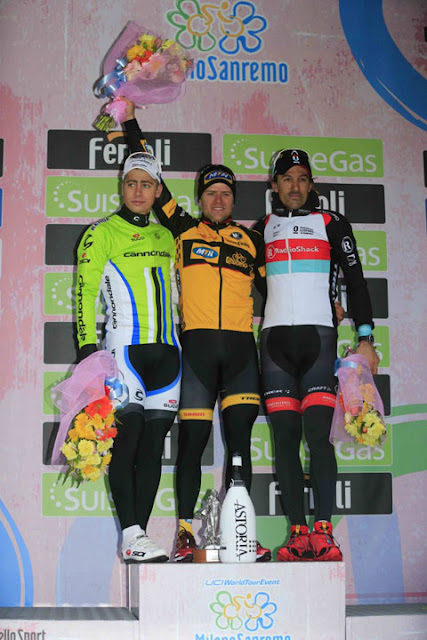 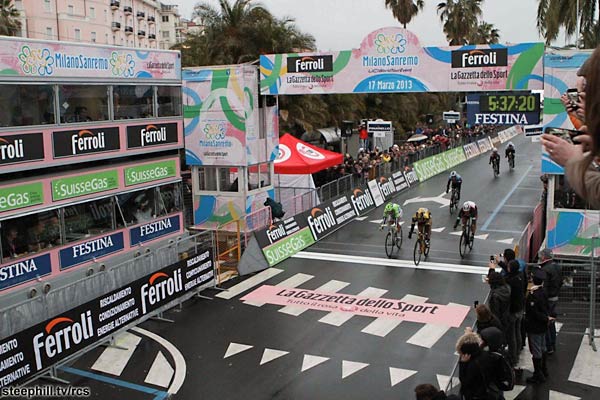 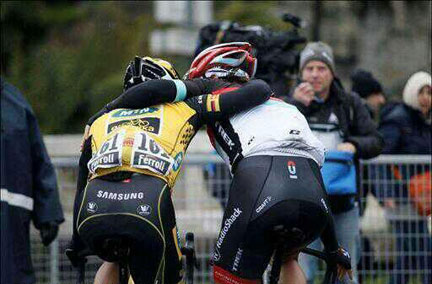