Cancellara: The Double & Trouble For Everyone Else in Hell 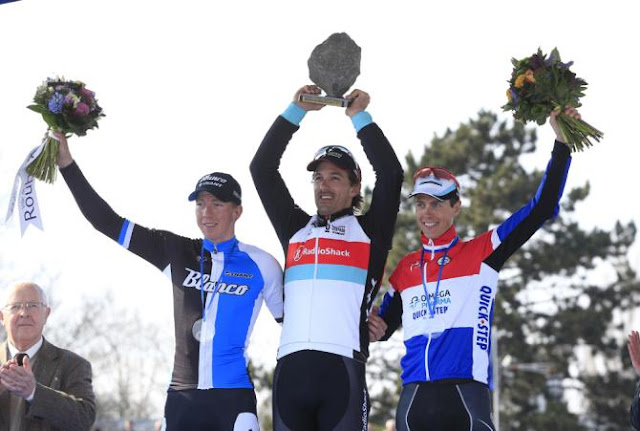 One of the most thrilling finishes occurred on the famous Roubaix velodrome.


After 254 kms of hardcore racing, only two riders were left; heavy favorite Fabian Cancellara and twenty-four year Sep Vanmarcke. I thought perhaps Cancellara had met his match over the younger Belgian who had the sprinting ability. Not to be for the young Belgian - denied in the sprint by the amazing Spartacus to win the double and his third cobble trophy. 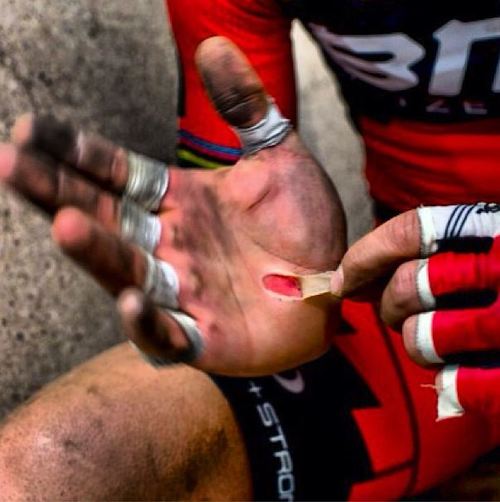 
I was gutted for the young classics hopeful, Vanmarcke ended up the strongest to challenge Cancellara. He can be proud of his second place and time is on his side. 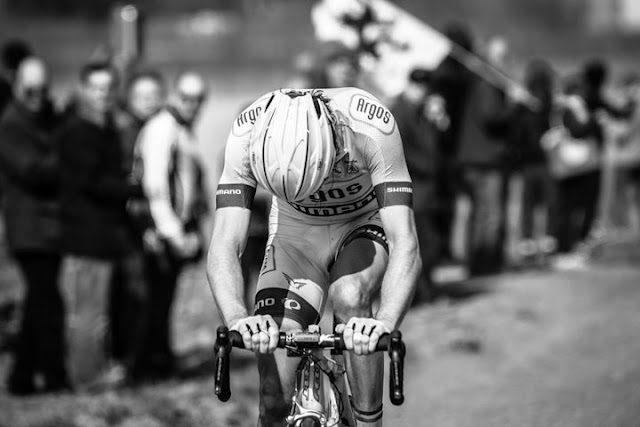 Cancellara rode conservatively darting back to this team car, discuss tactics then pedaling like a knife through hot butter slicing pass the groups of riders. The rider that was the most marked was marking everyone else. What also impressed me that Cancellara didn't have any bad luck with 'electricals' or punctures.

'Electricals' are what I refer to the electronic groupsets normally used in today's peloton. Although I use Campagnolo Veloce, mechanicals are slowly becoming a thing of the past. Rob the bike mechanic at la Biccletta said to me that in a very short time we will all be using electronic groupsets. That means we will soon see pricing come down for the consumer market.

This Paris-Roubaix had it's share of bad crashes and bad luck. The worst I've seen is FDJ's co-captain, Yoann Offredo meeting, of the worst kind, with a traffic sign. The air missile he produced was spectacular. I understand he sustained broken fingers, bruised chin, knees and ribs. 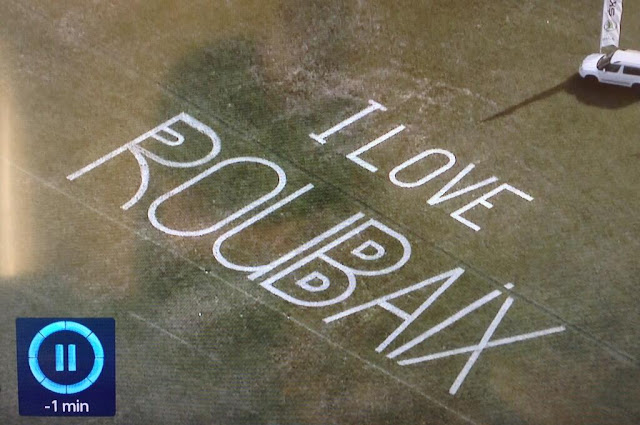 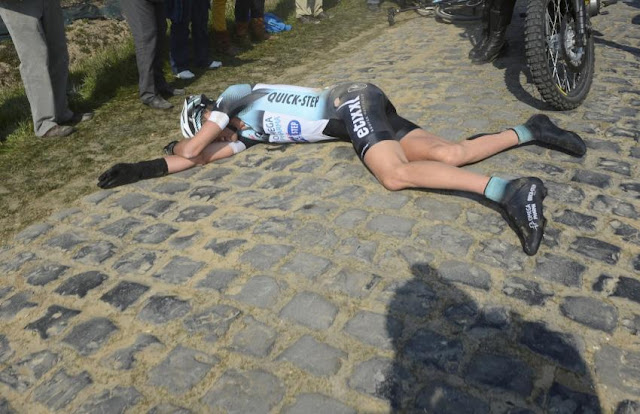 
In the Carrefour de l'Arbre, bad luck with a spectator hitting Stijn Vandenbergh and ruining his chances of the very least a podium result. The Omegas had another ace in the sleeve, Zdenek Stybar, XC champion was also hit by a spectator and look close to kissing the pave but he regained his balance but lost sight of the train of Vanmarcke and Cancellara. The top Frenchman was Damien Gaudin (5th) only 26 years old and another rider with time on his side looks to be a worthy His teammate Sebastien Turgot finished in 11th. 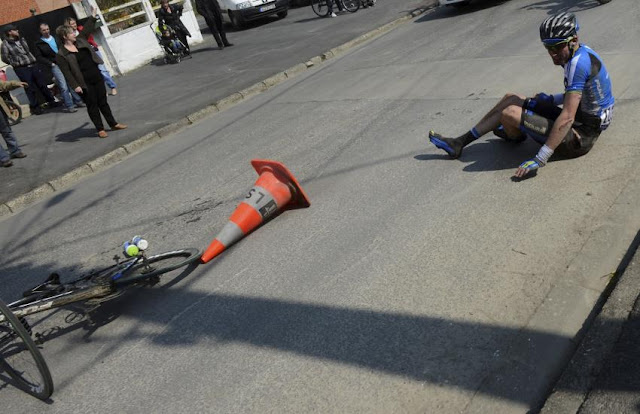 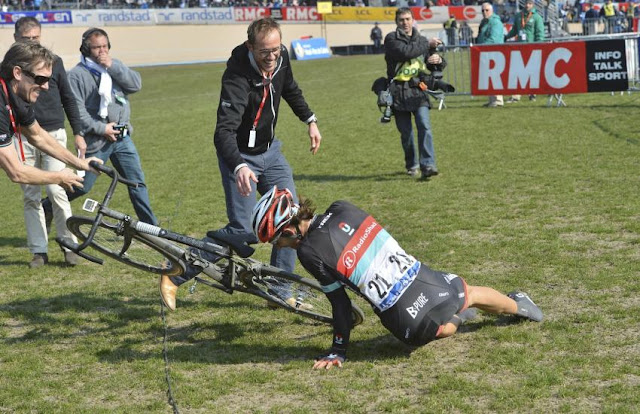 My Sunday Roubaix challenge was to wake up at 4AM in time to watch this exciting race. Thankfully I did so and now that it's over, I'm looking back on the huge amount of interesting material amassed online. Here's some of amazingly poignant images and videos of this great race.


I'm just sorry we have to wait until next year to see it.

I love this epic race! 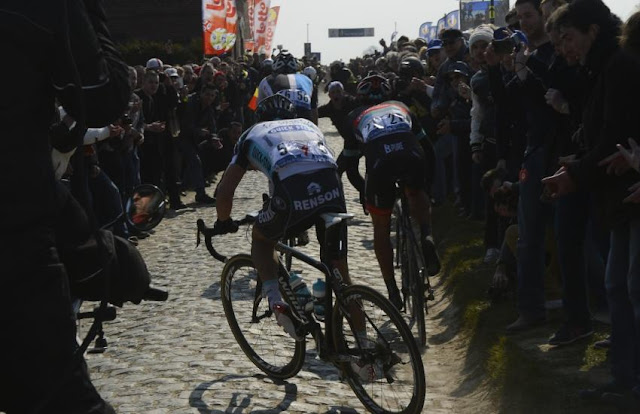 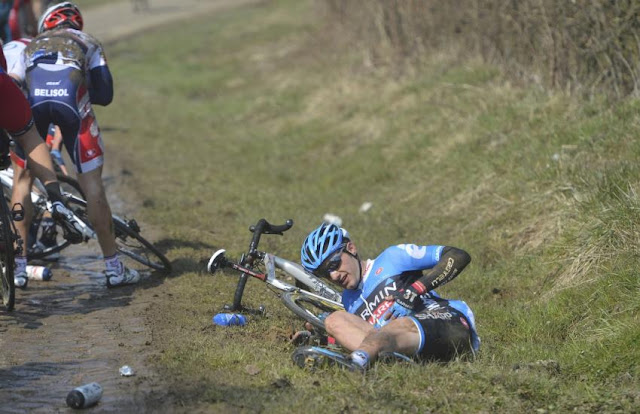 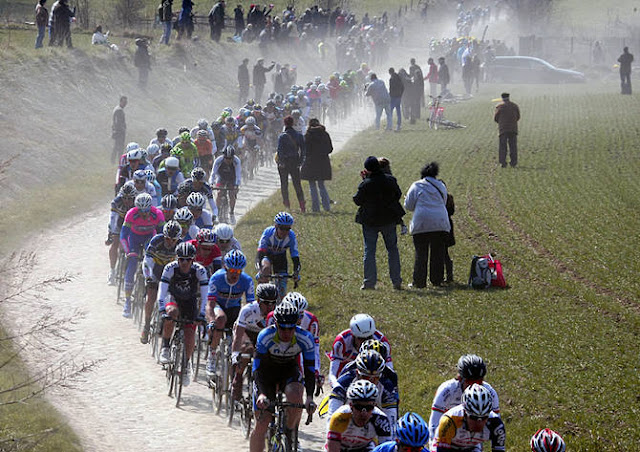 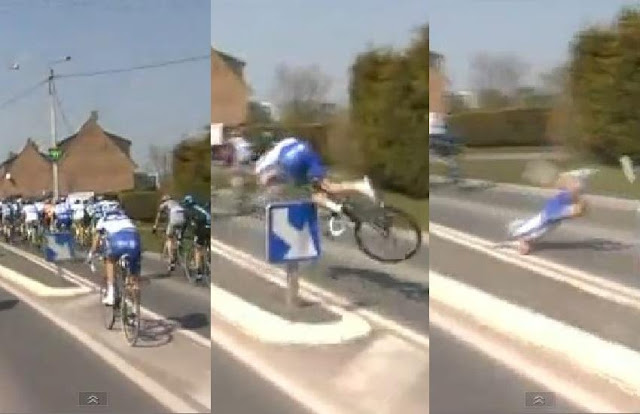 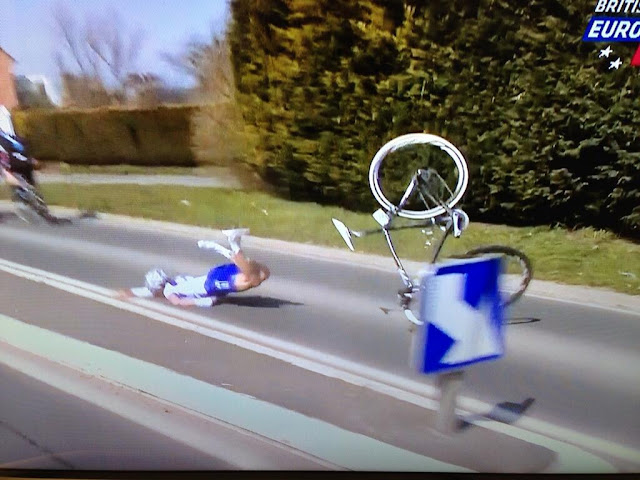