Great Ryder Expectations for the Giro 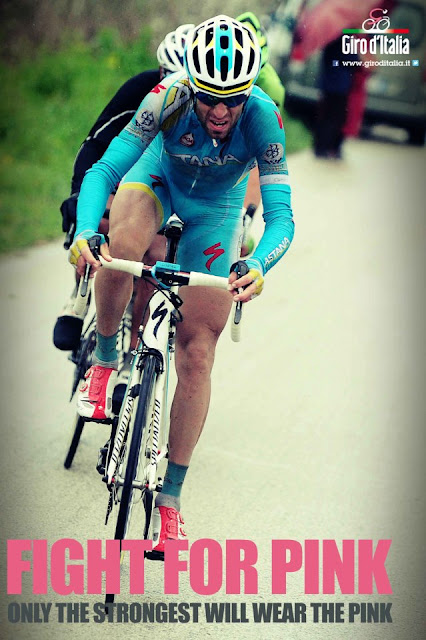 Canadians are known to be low-key, hard-working and friendly folks.

At times our greatest achievements are left on the table for everyone to admire while we're busy doing something else. Now that a year has passed since Ryder Hesjedal made history to become the first Canadian to win the Giro d'ltalia, I would bet there are a few Canadians who still don't know who he is. One thing is key, we are not a cycling nation - although the popularity is growing. The majority of sports fans will be riveted to the Stanley Cup playoffs. I admit I will be following Les Canadiens closely with one eye and the other on Ryder Hesjedal's bid to retain his Giro d'ltalia crown. 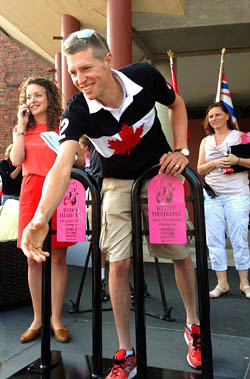 After his Giro victory,
Ryder was honored in his hometown of
Victoria.
via Veloweb.ca


An advantage for Hesjedal is that he has matured with confidence as a winner and knows what it takes to win. Last year he wasn't even pegged as a favorite. This year, I'm not even sure he is - the talk is on Bradley Wiggins and Vincenzo Nibali as the top two. Which probably is perfect for Hesjedal who couldn't care less what the media thinks, "I'm not concern with what the media really thinks. I wasn't in Gazzetta's top ten last year. I won the race last year and there was the ride I did a few weeks ago in Liege, if people aren't remembering me that's just fine."

What is impressive is how Hesjedal can shrug off the media pressure and really focus at the task upcoming. Wiggins and Nibali may be the heavy favorites but that doesn't mean Hesjedal is out of the running. He adds, "Those final stages will be decisive but the end of the second week has some tough stages and anything can wrong. If you have a bad day in that part of the race your chances could be over. If things are close and tight going into those final stages then that final time trial can be critical. I've shown how I can ride in a third week of a grand tour. I know it's going to be brutal that's going to mean there are a lot of opportunities."

Whether it's hockey or cycling, I embrace both...