Baby it's Cold Up There 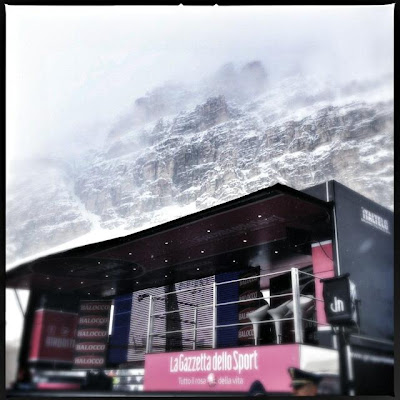 The rain on the lower slopes turned into a white out as the riders all rose to the occasion of providing plenty of action on the penultimate stage. The Shark Nibali showed his consistency turning up the hurt around the 2 1/2 kilometer mark with a classy attack. As the temps got colder he turned up the heat on Evans and Uran leaving them. A strong Colombian trio formed and I thought wouldn't this be something if one of the three can pull off the stage. The last Colombian to win up Tre Cime di Lavaredo was the great Lucho Herrera in the 1989 Giro. 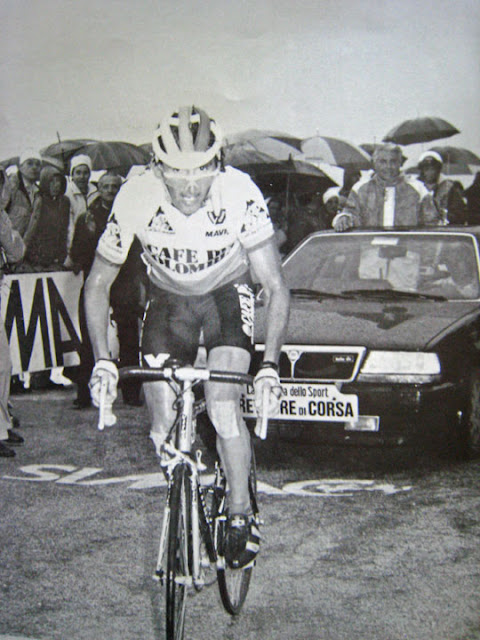 
Duarte and Betancur soon joined Uran and the fast moving train was on it's way to the finish but unable to catch the Shark. The Colombian train rode to two positives: giving Uran the second place he wanted, providing Betancur (riding miraculously back from a mechanical) a 41 second lead over Majka in the young rider classification.

It was so cold Scarponi crossed the line reportedly screaming, "Freddo! Molto freddo!" 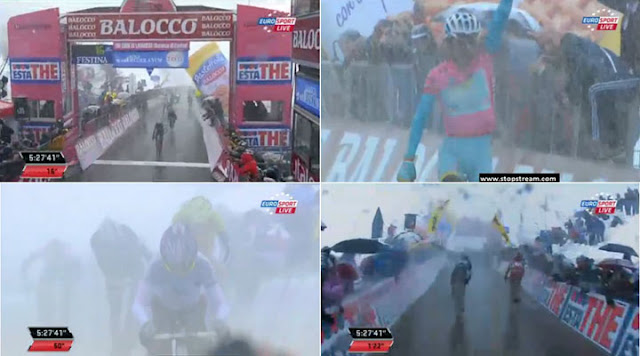 I think it was the first time ever, on a mountain stage, that I witnessed riders putting on clothing. The opposite is always the norm. But, this Giro is far from ordinary. The Tre Cime was first introduced back in 1967 only to be cancelled due to ... snow and over-zealous tifosi pushing riders. The following year, the Cannibal made history winning the Tre Cime stage and his first grand tour.

For the mountain stages, like Tre Cime, the riders use a dizzying array of features to help them up; carbon wheels with carbon spokes, compact chainset, wider cassettes-32's, Blanco runs 36-tooth inner ring


So, I'll give Eddy Merckx the final words. When interviewed at the 80th anniversary celebrations of Campagnolo, he was asked if he wished he had the compact chainset when he raced over the Dolomites, he unabashedly replied, "When I was a cyclist -  I didn't need a compact." 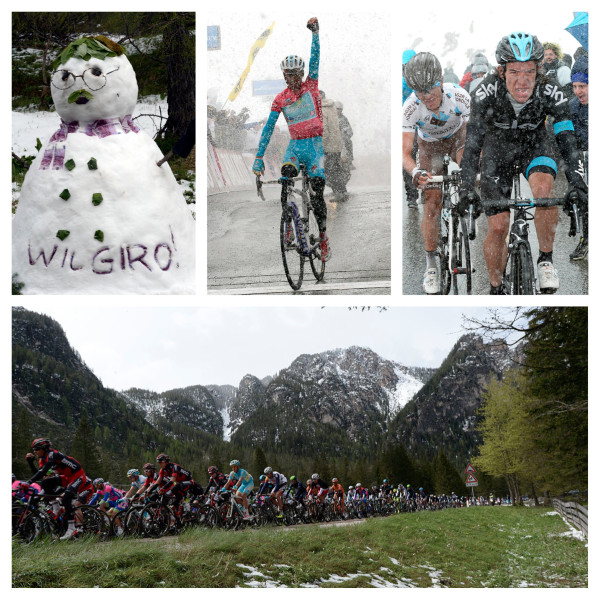