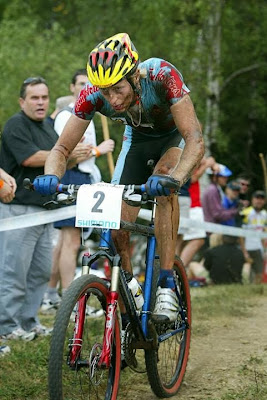 
What an earthquake in cycling.


I'm not going to come up with any excuses for Ryder Hesjedal. He's confessed after the allegations from Michael Rasmussen. So I'm stuck in a hard place; still admiring this great bike rider and trying to digest his misdeed of using performance-enhancing drugs.

According to information, it happened in 2003, Hesjedal was a young and promising mountain biker and with the pressure to perform together with two Canadian MTB riders; Seamus McGarth and Chris Sheppard learned how to use EPO by Rasmussen. The brutal truth he did dope and had a worthy teacher in Rasmussen, who was caught during the 2007 Tour and admitted to using a cocktail of drugs from 1998-2010.

Hesjedal revealed his past to USADA and the Canadian Centre for Ethics in Sports well before Rasmussen's book was released. USADA Statement here.

I'm getting tired of watching another rider forced to come out to admit doping during the 90s-2000s. Many did it and many are still hiding. An amnesty program would help to break the silence.

Disturbing news of this magnitude further tarnishes the sport and knocks it down while it's trying to find it's 'cycling legs'. Yes, Ryder Hesjedal should be commended for coming forth and admitting his drug use hopefully encouraging others to follow. There is a lot to be done for this sport to go further but today, I can't help but feel ...more cynical to the sport I love.

Cycling is my life and has been ever since I can remember. I have loved and lived this sport but more than a decade ago, I chose the wrong path. And even though those mistakes happened more than 10 years ago, and they were short-lived, it does not change the fact that I made them and I have lived with that  and been sorry for it ever since. To everyone in my life, inside and outside the sport – to those that have supported me and my dreams – including my friends, my family, the media, fans,  my peers,  sponsors – to riders who didn't make the same choices as me all those years ago, I sincerely apologize for my part in the dark past of the sport. I will always be sorry.
Although I stopped what I was doing many years before I joined Slipstream Sports, I was and am deeply grateful to be a part of an organization that makes racing clean its first priority and that supports athletes for telling the truth. I believe that  being truthful will help the sport continue to move forward, and over a year ago when I was contacted by anti-doping authorities, I was open and honest about my past. I have seen the best and the worst of the sport and I believe that it is now in the best place it’s ever been. I look at young riders on our team and throughout the peloton, and I know the future of the sport has arrived. I'm glad that they didn’t have to make the same choices I did, and I will do everything I can to continue to help the sport that I love.
- Ryder Hesjedal 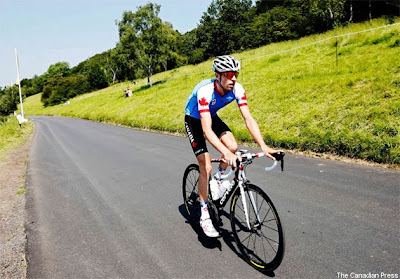 Johnny said…
This is why cycling should just go back to using steel bikes with downtube shifters that weigh over 20 pounds. No amount of doping can conpensate for the amount of skill that it would take to ride a vintage bike.
October 31, 2013 at 7:36 PM