Above is a tweet sent from my friends at Road Holland.

My earliest recollection is receiving one from frame builder, Giovanni Pinarello as a gift. I brought it back to Canada and just couldn't get use to it on. Many pros adopted it but, in a way, it never looked right. I thought it looked more normal on runners and tennis players (ie. Borg & McEnroe).

I quickly embraced and wore out the Metauromobili Pinarello cycling cap I was given. It made more sense, to me, to wear a cycling cap. It was so much more practical.

The fact is, the headband was uncomfortable to wear and the cycling cap is a natural fit - perfectly perched on to protect a riders' head from the elements.

These days, the cycling cap has no real competition! 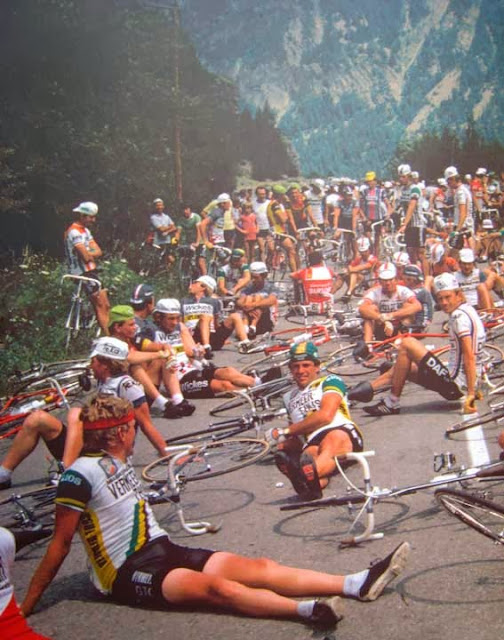 1982 Tour,
One rider with headband in a sea of cycling caps. 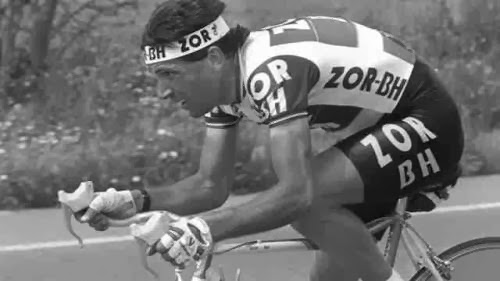 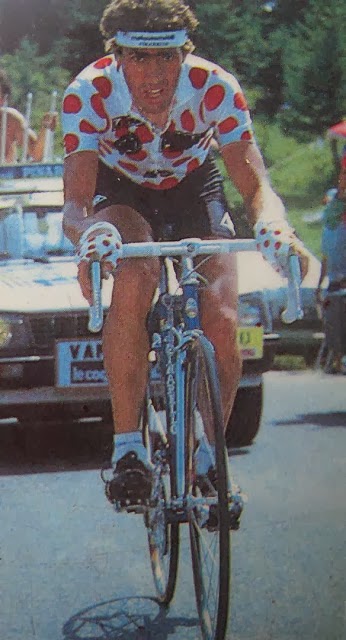 Road Holland is serious and stylish as makers of fine cycling jerseys, gilets and shorts. They have a Thanksgiving 20% off sale until December 3rd. Use coupon code 'ORANGE.' 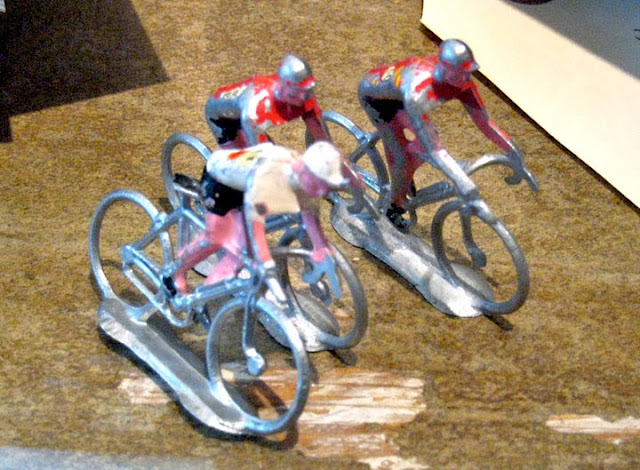 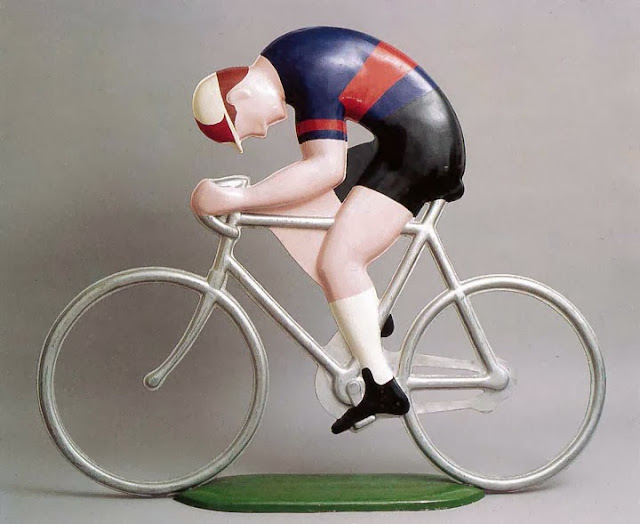 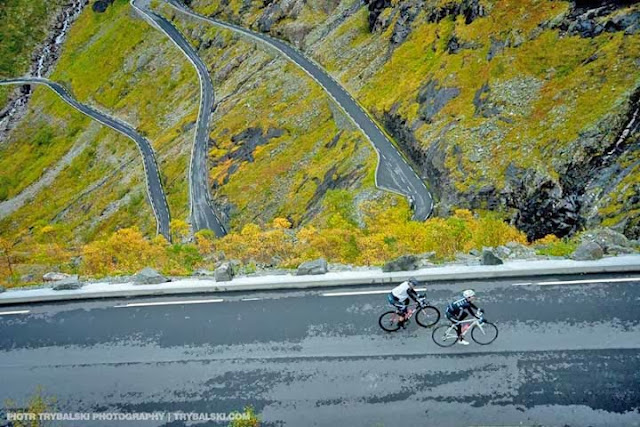 Today, nutrition is a major contributing factor to cycling success. Without it, a pro would never be at the top. Here's two images of times gone by and, interestingly, when nutrition was slack. 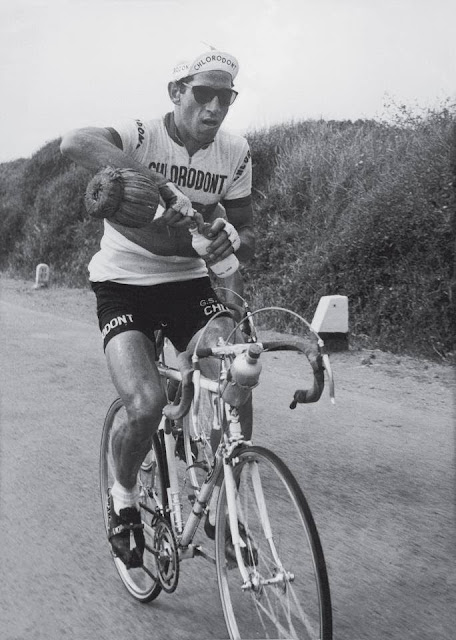 Cin Cin!
The 2014 Giro d'ltalia will visit Piedmont's
wine-producing region, Barbaresco to Barolo on May 22.
via Giro d'Italia 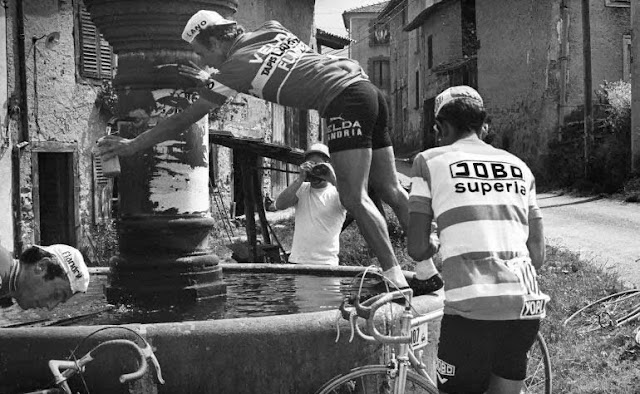 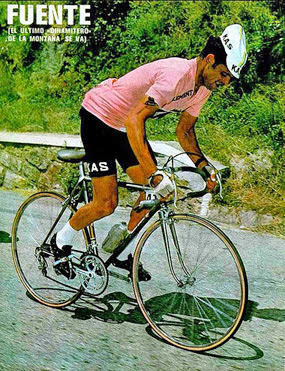 I have been pondering this for a long time... 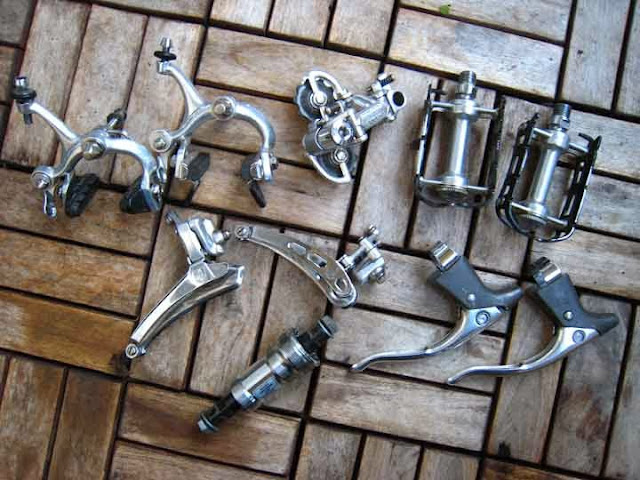 All Campy NR except for the Shimano bottom bracket.
photo Cyclingart

A few of my 1987 Nuovo Record parts, original owner by the way, will soon go on sale. I have a 27.2mm seat post, which I'm currently using, and as soon as I find a suitable replacement...will also be on sale. These Campy parts are perfect for that period specific steel bike project. It's always a challenge to sell online without actually seeing the parts. For now... I have passed the word to local collectors that my parts are looking for a good home.

Check back for more Campy updates.

It's never too 'young' to start riding a bike... 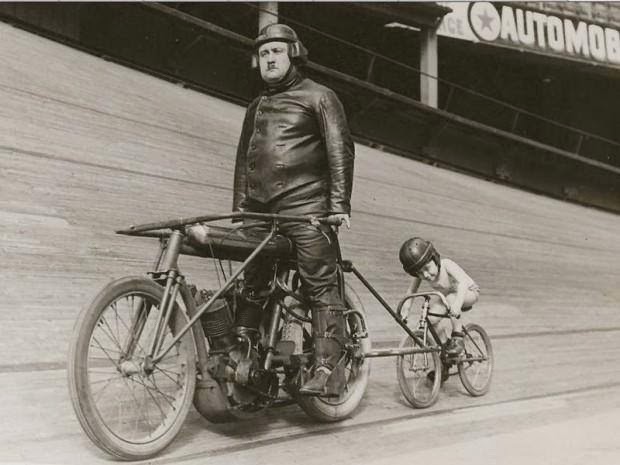 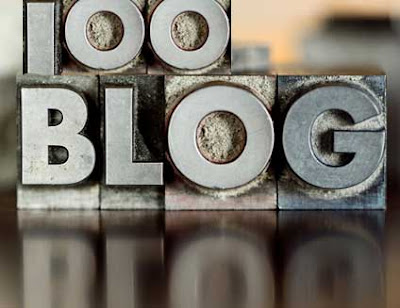 I'm please to announce that this is my 100th post! Wow, it's hard to believe! What a milestone, I've already celebrated with an informal lunch at Stella's Tapas Bar. Carolle and I treated ourselves to a tasty burger with blue cheese and bacon and I topped it off with a nice Belgium 'Leffe' ale! It's incredible that I started this blog back in September, 2007. And I took 8 months to achieve 100 posts. As they say, "where does time go when you're having fun!" The enjoyment is twofold: writing about cycling and participating in the larger cycling community. And where would I be without you? I look forward to your comments and viewpoints. Or if you would like to ask a question or just chat, feel free to do so. A big hearty thanks to all! Today also marks a very important launch of our new cyclingart website(http://cyclingart.ca). After many hours of tweaking and ironing out bugs, Carolle has it ready and is now operational. My passion 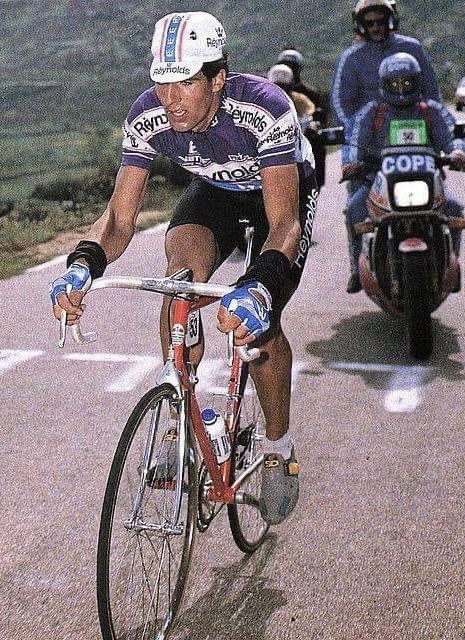