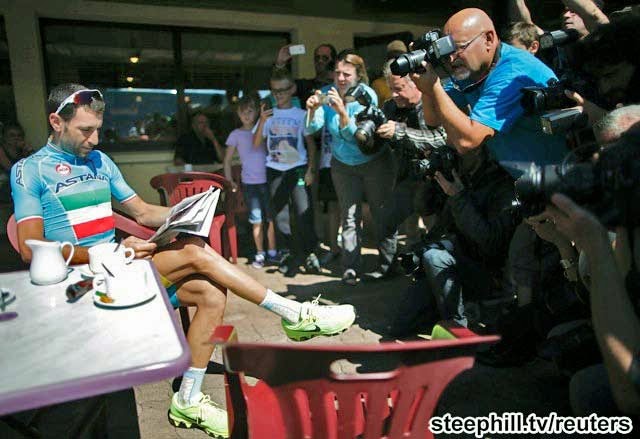 What do you do on rest day?
Hard to relax with this audience.

I thought I would wait 24 hrs to find out if there is any further news of the unexpected exit of Alberto Contador. The Shark is still in there with 2 stage wins and now back in yellow. But of course, anything can happen and will happen in this unpredictable Tour. It doesn't mean Nibali is assure to win, in fact, something big might happen. So, in the words from Alberto Contador here is how he fell...


"I grabbed a nutritional bar, I had only one hand on the handlebars and I hit a pothole." 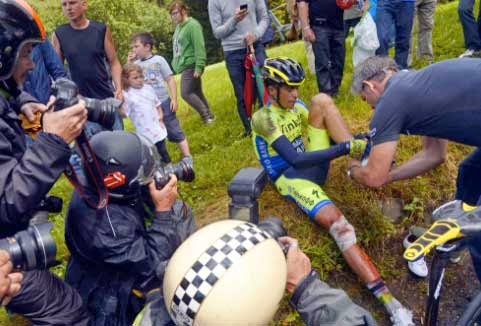 According to team mate Nicholas Roche, who rode behind him, he hit a hole in the road descending with one hand on the handlebars reaching for his bar and went over his handlebars crashing at 75 kph with his bike being broken in the process. Roche donated his bike to Contador before waiting to get another one from the team car. Contador then stopped again 2km later to be bandaged by the medical car, before attempting to continue in the race. When I saw him getting patched up and his bloody knee, I had a feeling that his time was up. Contador then rode on for 15km then abandoned. 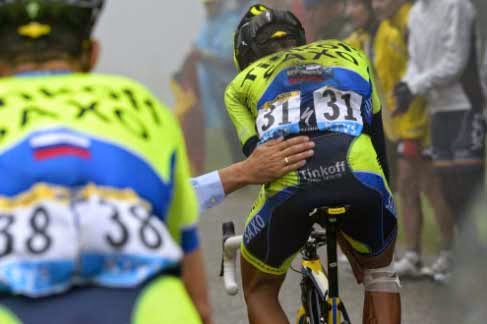 When asked of his recovery period, Contador said, "The recovery time is between five or six weeks and three in the best case scenario. I'm not ruling it out (riding the Vuelta) it depends on how I progress." Time may be closing in on Contador to ever win the Tour. I think this Tour would have been a glorious chance vs Froome, to do so. He's 31 and has mentioned that he plans not to ride past his mid thirties. Try as he might he may only have a few more chances at winning the Tour. 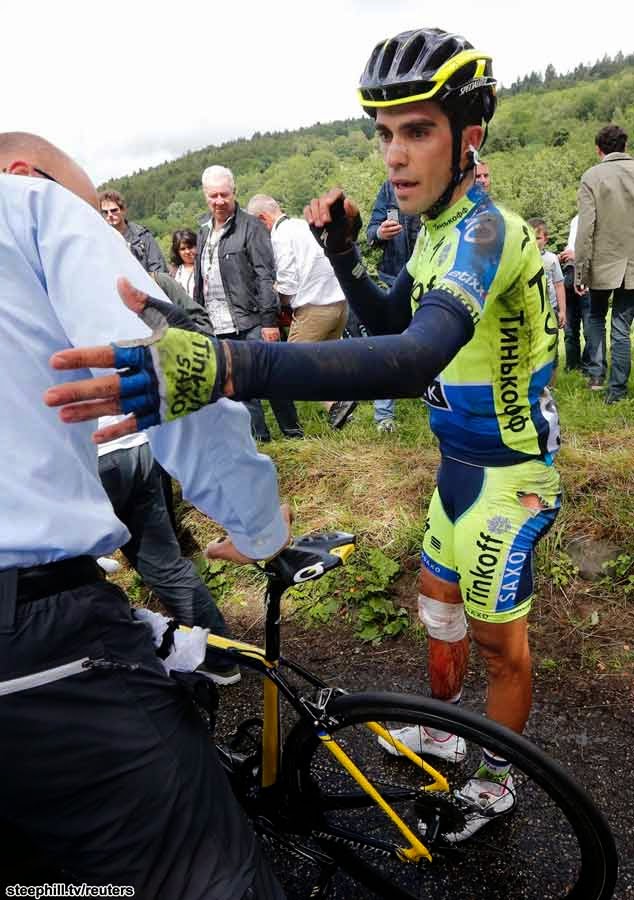 'He was in a confused stage and wanted to get back
on his bike."
- Nicolas Roche