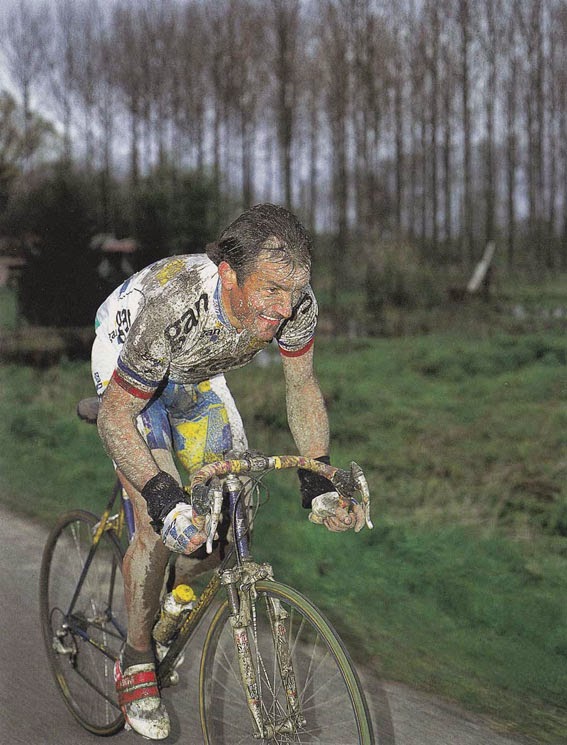 
'I finally got around to admitting that, to reach Roubaix, and perhaps be the winner, I had to flat at least once and fall at least once.'

Paris-Roubaix is legendary. Gilbert Duclos-Lasalle was one of the last great French riders of the era that included Bernard Hinault and Laurent Fignon. He was the type of rider who did well in one-week races like Paris-Nice. He also endured and triumph in one-day races like Paris-Roubaix. Winning back to back in 1992-93, he returned in 1994 and showed he was in contention, along with superstar Franco Ballerini, until he flatted. He still finished an amazing 7th. In the video, David Duffield's raspy voice adds a dramatic play by play (that rivals the best) to one of the muddiest and exciting PR's ever. Catch your breath and enjoy...