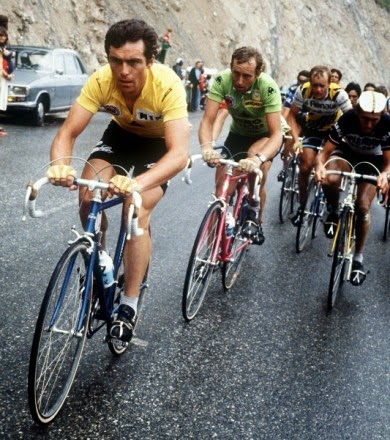 While researching through my cycling library I discovered an interesting tidbit on the new 7-speed freewheel used, for the first time, in the 1979 Tour de France. 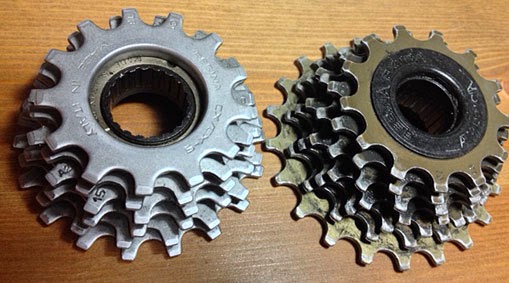 The image (top) is from the 1979 Tour, a race between Bernard Hinault and Joop Zoetemelk. Alpe-d'Huez welcomed two stage finishes on consecutive days. Agostinho won stage 17 and Zoetemelk was the following days winner.

The Dutchman's weapon? Most likely the new 7-speed freewheel...

"It gives us an extra cog on the mountain stages. It's also reassuring. It also means we can bring the gear ratios closer together so that, for example, we can use a 13, 14 and 15 in the valleys and a 19, 20, 21 or 22 on the mountains. It's much less tiring for the muscles."