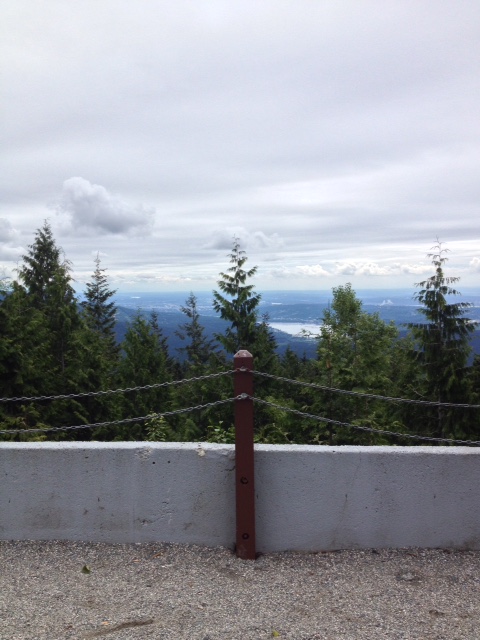 At the lookout:
Still a stunning view.
All photos: Cycling Art

The day I'll be attempting the Vancouver Triple Crown (Mount Seymour, Grouse Mountain & Cypress Mountain) with Scott and Anna. To be honest I'm nervous. Solo training started for me yesterday on the HC Seymour climb. It's starting to be a busy June and on Friday, I only had a small window for a ride up the beast of the east. Over the years, I've suffered up it, learned to respect it with buddies but it's the first time going solo. It's 12.5km with an elevation of nearly 1,000 m, averages 7% - getting into a rhythm is important. To me it's all about riding to my means and quickly found my heavy breathing as a friendly companion. Watching the kilometer markers pass by without too much hurt was a first as I continued to claw my way upwards. I even stopped at the lookout for a pic of shrouded Mt Baker. Still stunning beauty. I believe that was up by the 7 or 8km to go mark. As I approached the 11km marker, I heard conversation and was pass by two riders. The lead rider remarked and I'll remember this as they rode pass me, "Good form." A good day up Mount Seymour... I beat my old time by 6'. 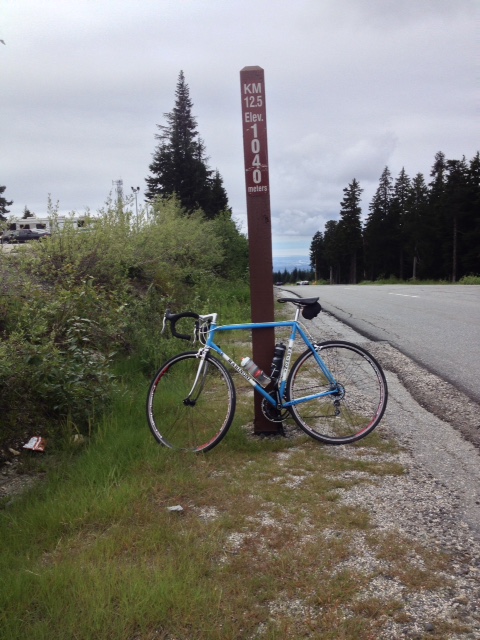 I had to take this quick pic as a swarm of flies wanted me as
lunch.