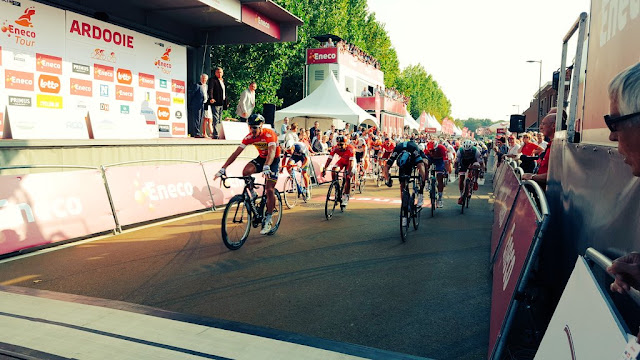 World champion, points leader and sprinter extraordinare... Peter Sagan wins into Ardooie. An amazing display of slalom riding beating some of the world's best sprinters. He now moves up to second overall, 3 seconds behind leader Rohan Dennis. Friday's TTT will be crucial...


"Peter Sagan is one of our biggest rivals, but we're not too worried. We have the team trail to come."
- Rohan Dennis 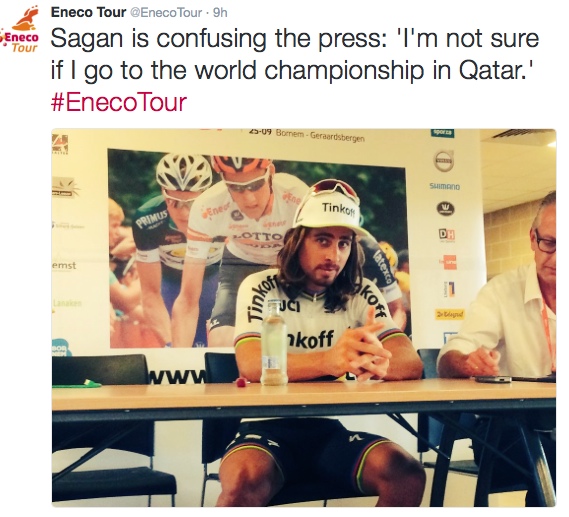