On the road to Formigal: Turning the screws

As a supporter for Nairo Quintana, today's result was truly astounding and fun to watch. The wheels of change are turning for Quintana finishing 2:37 ahead of Chris Froome. A decisive jump with Contador just 6km in was what the Colombian wanted/needed to put in as much time into Froome. Quintana said he needed a lead of more than three minutes over Froome before stage 19's ITT to stand any chance of winning his first Vuelta. I'm not saying it's over but it's looking better and better for Nairo Quintana's bid for overall victory!

"My team helped me out so much, a huge labour from Jonathan Castroviejo and Ruben Fernandez - I was screaming to them: Full gas, full gas, we're leaving Froome behind - and then, the rest of the team, taking care of what was going on behind. We opened a gap, we kept it high and at the final climb, I gave everything to leave Chris well behind. We will remain cautious, yet we know we've got a great team: Alejandro, Castro... all of us are confident."
- Nairo Quintana 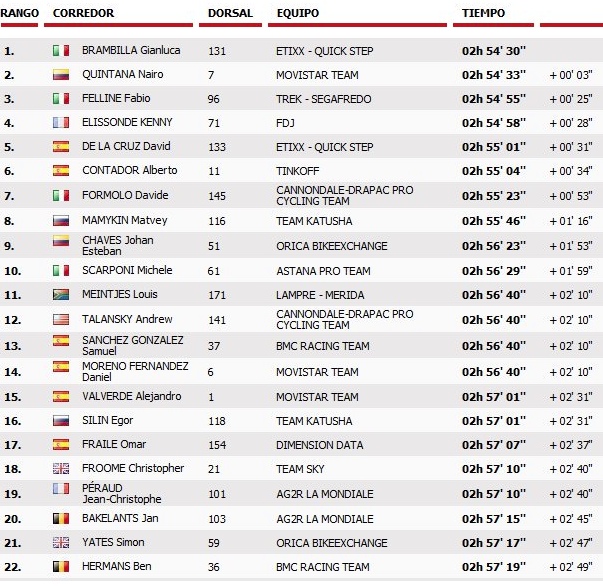 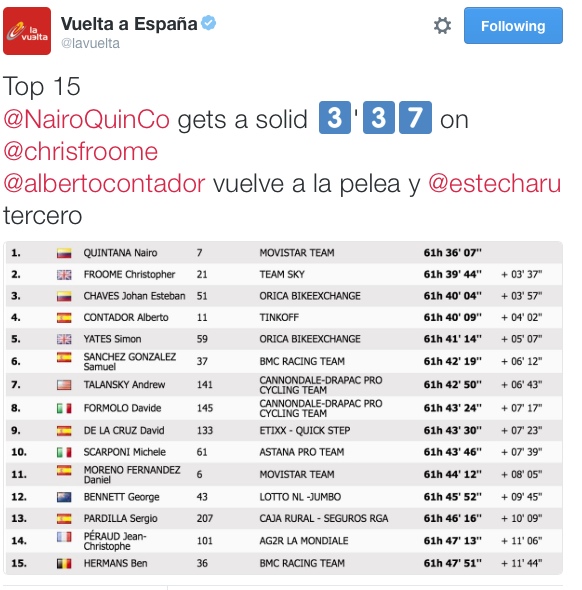 So good to see Kenny Elissonde in polka dot jersey...