I had good legs 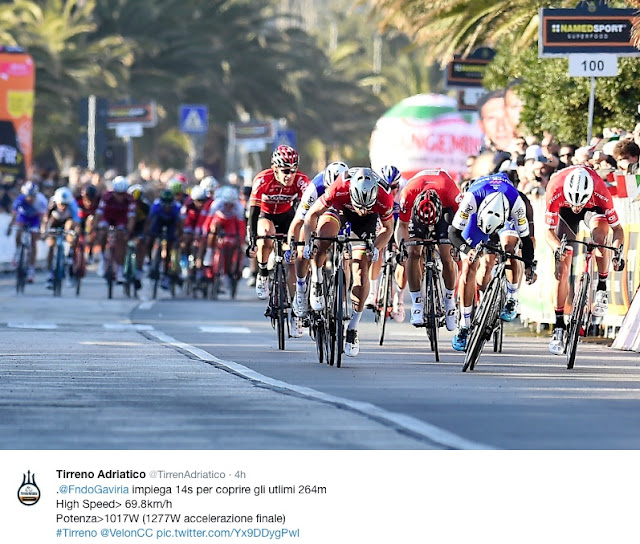 The data provided by Fernando Gaviria's Velon tracker was a maximum power of 1277W during the final 260m sprint which saw him hit a 69.8kph top speed, that's an amazing turn of strength. The Colombian sprinter is one of the most explosive riders and he hit top speed going head to head with Peter Sagan. He will be a definite favorite for Saturday's Milan San-Remo! 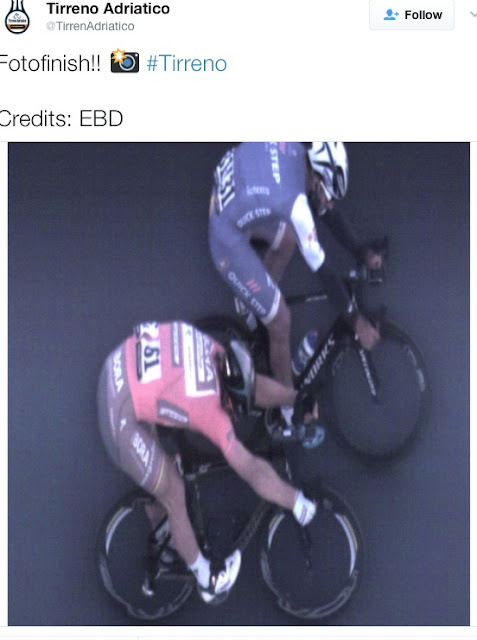 "When Sagan attacked, I followed him and thanks to the fact Niki was in the front I could stay relaxed on his wheel. In the final 200 meters, I kept my eyes on him and when I noticed he wanted to open his sprint, I decided to move first. I had good legs and enough power to keep a small gap, even if he was coming back really strongly. He is one of the best riders in the peloton and to beat him it's an honor."
- Fernando Gaviria