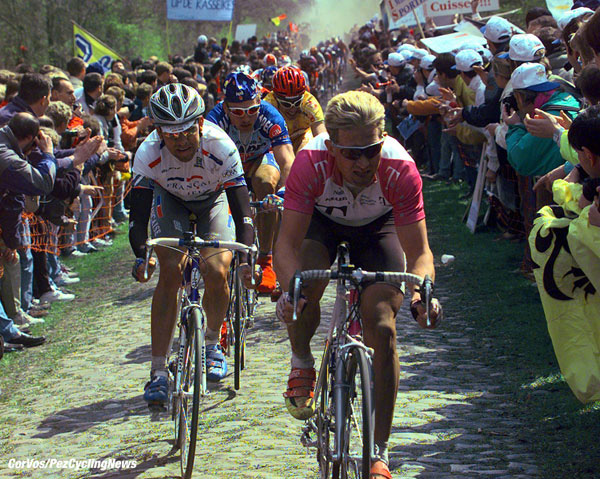 It's a long time.

Twenty years since a Frenchman has won Paris-Roubaix. In 1997, the then-unknown Frederic Guesdon riding for the new FDJ team surprised everyone to win the Hell of the North. He was part of the eight man group to arrive in the velodrome, launching his sprint in the final turn and outmuscling pre-favorites Johan Museeuw and Andrei Tchmil to victory.

"I would like it enough that twenty years later, as the sporting director, one of my riders will succeed me. On paper we may not have the strongest team, we can still count on riders who love the cobbles of the North like Arnaud Demarre and Matthieu Ladagnous. It will be necessary to be vigilant from kilometer zero not to have bad luck. We are all very motivated and Sunday it's to win."