Tip of the cap: The confident Gypsy 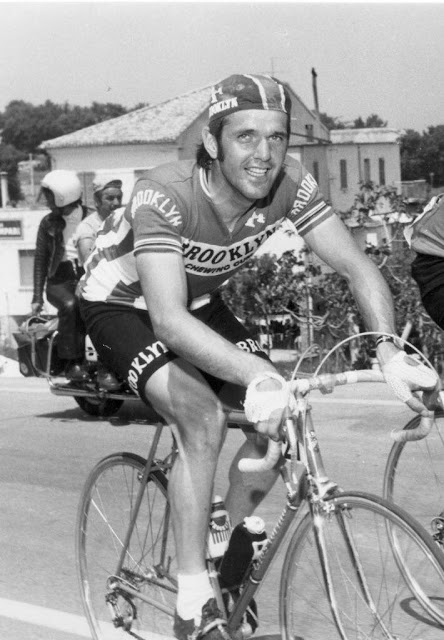 "When you're really fit, you rarely get a flat tire because you're more lucid. I had a puncture once, in 1970, and then never again in 10 years. The other secret is confidence. I often started with the idea that I was going to win. I missed my chance once or twice but no more than that. I knew how to get
ready for Paris-Roubaix. I used to ride three days of 350 kilometres a day in the week before. I use to ride Gent-Wevelgem and then ride another 130 kilometres having just changed my jersey. On year I rode 430 kilometres in a day. I needed that, that sort of training, to start the race in a good frame of mind.
I used to get up a 5am. When it was good weather I went out behind a Derny with my lights on. I used to meet Godefroot  to go training because I'd just got out of bed and try to persuade him we should have a shorter ride together. I don't know if I took him in but I needed to bluff the others to raise my own morale."

"In the evening he'd call me to ask me if we could go out later than we'd agreed. 'It's not worth doing too much,' he used to say to me. The next day, he'd get up at six, train for two hours behind a Derny, and then he'd turn up at the rendezvous as though nothing had happened. That was Roger." 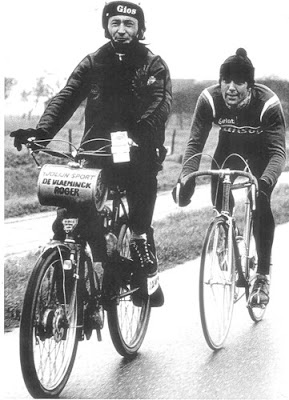 Have Derny will travel.