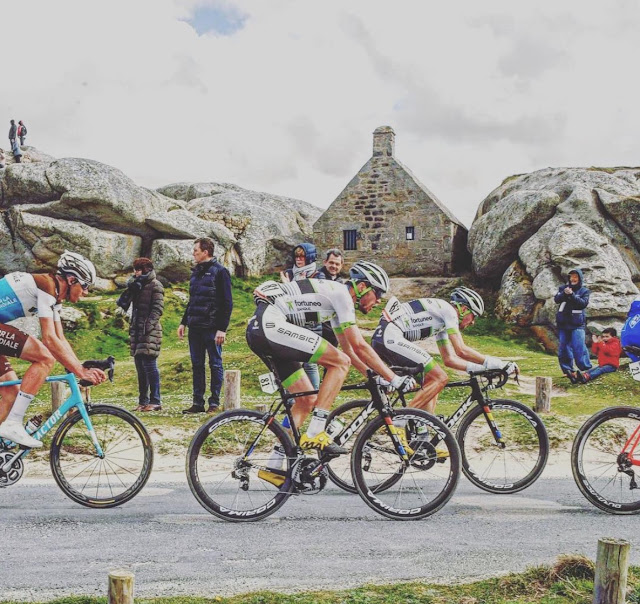 The Tro-Bro Léon is mythical. It is a second Paris-Roubaix.
- Damien Gaudin


A week after the Hell of the North, Sunday was the Hell of the West nicknamed for Tro Bro Leon. No pave here but ribinoú, 33 kilometres of famous gravel paths that remind the riders of the cobbles of Roubaix and the sterrata of the Strade Blanche. This race is one of my favourites, if not for the special terrain the riders struggle over but for the 4 legged trophy given to the best Breton rider.

Tro Bro Leon is the eighth round of the Coupe de France held in the heartland of Brittany.

Christophe Laporte made a solo attack in the final 5 kilometres taking the victory only seconds ahead of last year's winner Damien Gaudin. And who wins the famous trophy? Oliver le Gac does! 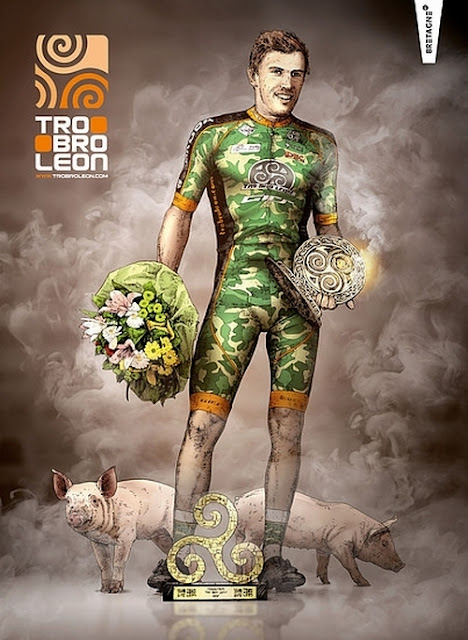 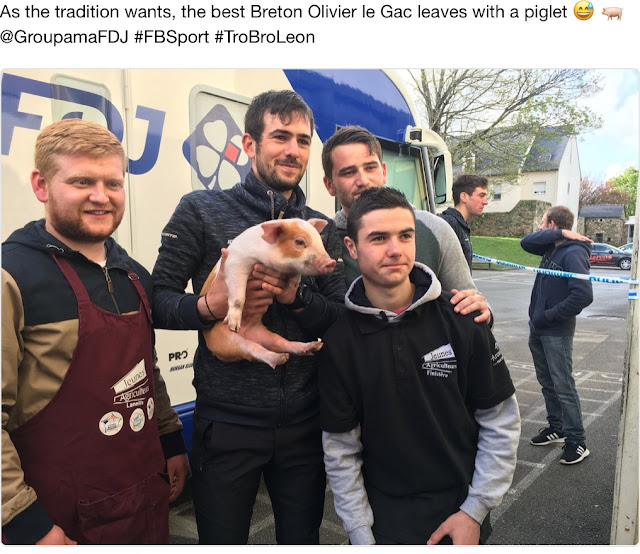