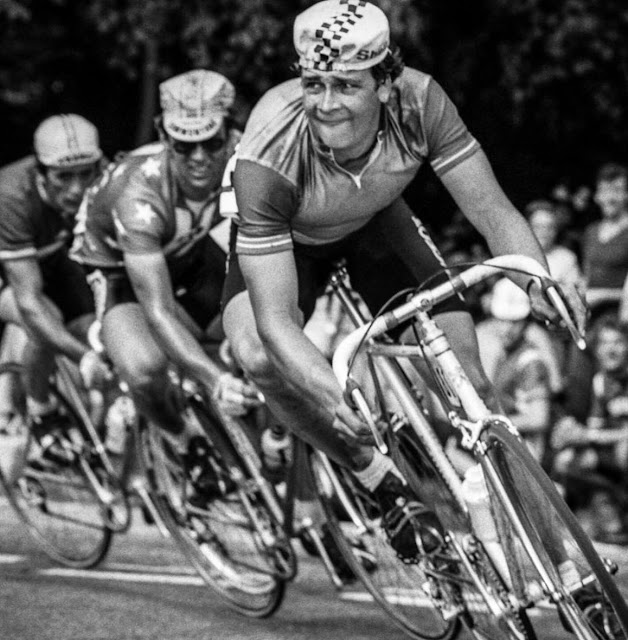 
A great image from the World Championship Road Race, 1982 Goodwood, UK of two English speaking riders that blazed a trail in Europe for others to follow; Sean Yates and George Mount. Sean Yates was part of the "Foreign Legion" via the French ACBB Cycling Club that eventually led to the famous Peugeot squad. George Mount is the American who basically went out on his own racing the Giro twice with Italian teams.