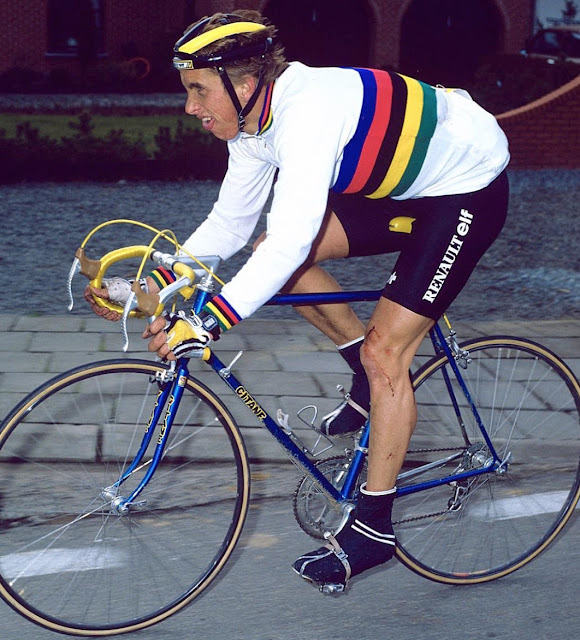 Back in the eighties I started to 'race' and like everyone racing, wore the hairnet. It was a Cinelli. I didn't think much at the time that this small piece of headwear would probably not protect me from impact. Luckily I didn't find out and wore it, more so, out of style and not from common sense. The early 'helmet' started in the 1900s, racers began strapping on headgear made from strips of leather and wool. In the 70s it was so common place that most riders wore it. Right into the eighties pros still adopted but it's days were numbered. Bernard Hinault was an early adopter of technology and wore the hard shell, Cinelli Aerolite (he won the prologue ITT in the 1985 Tour). Still, the hairnet with it's flaws was more fashionable and not so practical.