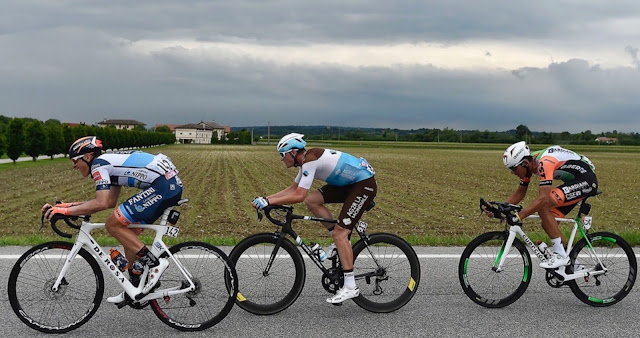 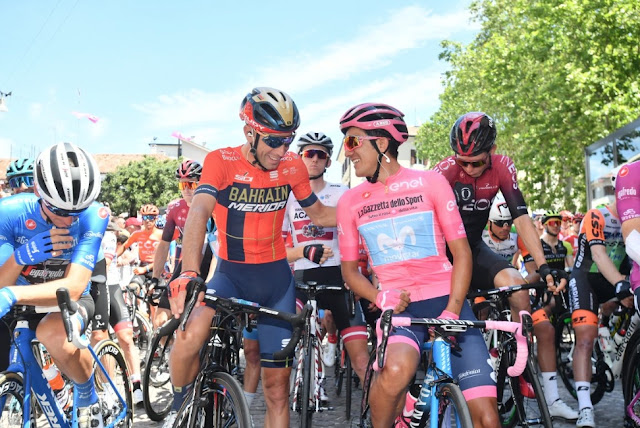 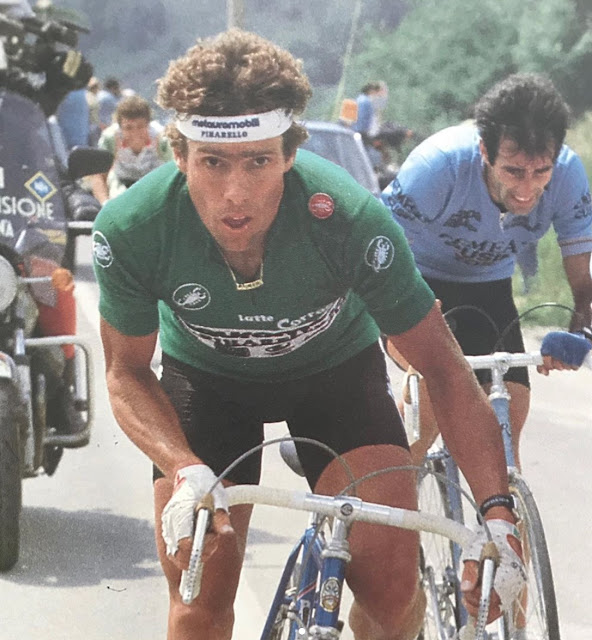 The Giro mountains competition wore a green jersey (Maglia Verde). Starting in 2012 the KOMs jersey wore blue. One of my favourite climbers is Lucien Van Impe. Very capable of winning Grand Tours, in fact he won the 1976 Tour de France and his passion was climbing. He won the Maglia Verde in 1982 and 1983. He was muscular and topped with permed hair wrapped with a headband... truly iconic. I remember when I visited Cicli Pinarello in Treviso back in 1984 I had a chance to talk to the DS of Metaurmobli and he mentioned Van Impe was going good that year. His best exploits was winning 6 KoMs jerseys in the Tour de France!