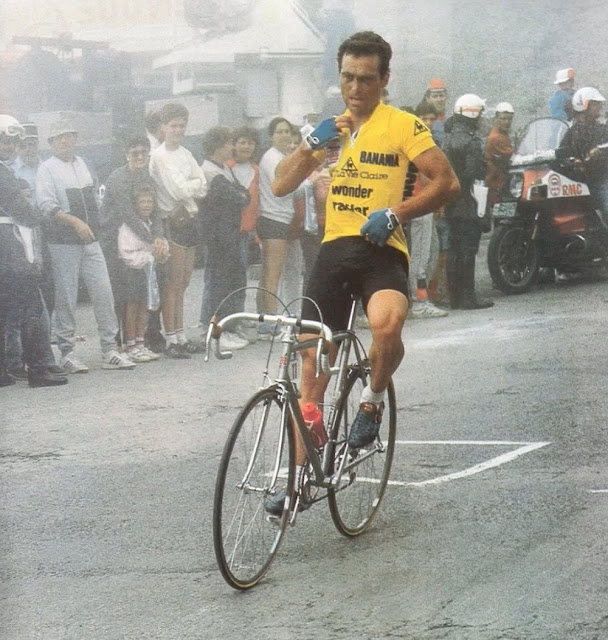 Contemplating: The bruised Badger in the Pyrenees, 1985 Tour de France

After Bernard Hinault's crash (resulted in cuts, abrasions and a broken nose) on stage 14 to Saint-Etienne was struggling on stage 17 from Toulouse to Luz Ardiden. The stage was 209 kilometres that included the climbs of the Aspin, Tourmalet and Luz Ardiden. With difficulty breathing, complicated by a bout of bronchitis he found himself struggling and losing touch with the group he was riding with. More importantly, losing time to Greg Lemond and Stephen Roche.

The infamous order to Lemond was to wait for Hinault and not to attack Roche. In fact, LeMond was convinced by his managers that Hinault was only ten seconds behind, on the climb to Luz Ardiden. Lemond agreed, only to eventually ride across the finish line 1 minute and 13 seconds ahead of Hinault despite having slowed and waited for him.