I rode sort of a perfect race, and lost by a centimetre 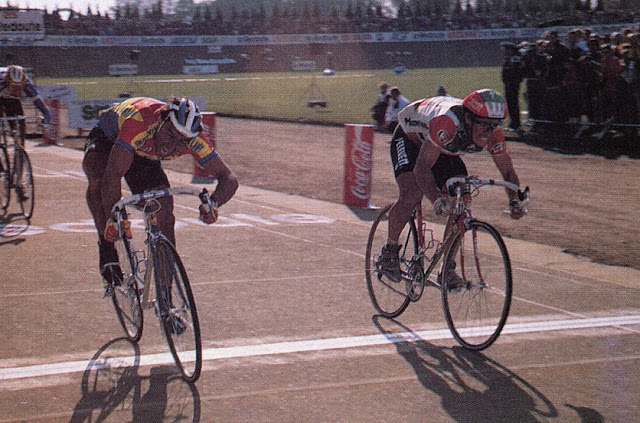 Bauer power, short by a centimetre.

Thirty years ago, Steve Bauer almost won, possibly the greatest of all classic Monuments, Paris-Roubaix. He was one of Canada's greatest ever road cyclists and finished second by a centimetre after seven hours and 37 minutes, 265 kilometres of racing. As gut-wrenching the finish was, it currently is the closest ever finish of Paris-Roubaix.

"It was pretty obvious that I was more of a one-day rider than a GC guy. I had a clear vision that those races would suit me best and every year my targets were Roubaix, the Worlds, and Flanders. I know that these days a lot of riders look for better weather to base themselves in, but sometimes, if you want to be good in the northern Classics, you just have to suck it up."

"You do need to learn these races a bit, for sure, but a lot of factors help. I came from the track, my bike handling was good, I had a low centre of gravity and I learned quick-like 'theres a telegraph pole at the turn in the approach to the Kwaremont and you need to avoid it' or where the road is really bad. Experienced riders don't get caught out by that sort of thing, the good guys don't crash because they got their wheel jammed in a crack between the concrete. It doesn't happen."

"I had prepared well for it, although you're never sure how you'll go till you're in the race, but I remember I counter-attacked behind Fignon and that was the winning move. When we started the sprint in the velodrome I did everything right, I came under Van Hooydonck, but I came up against a better Eddy Planckaert."

"There's a little bit of the 'Dammit' to have come so close, but I rode well, there's nothing else I could have done. Actually, in the sprint neither of us really threw the bike completely, plus. I still wonder why I didn't quite see the line."
- Steve Bauer 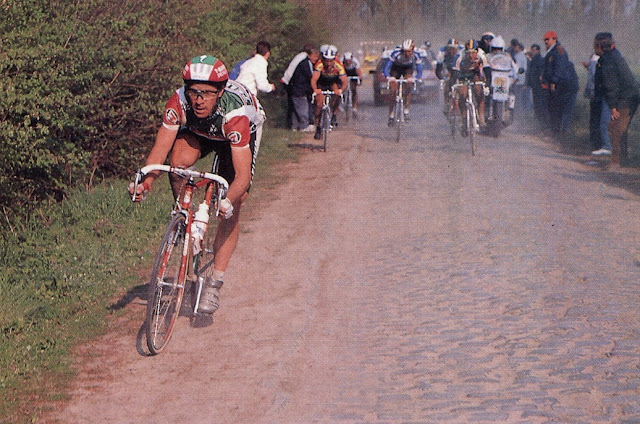 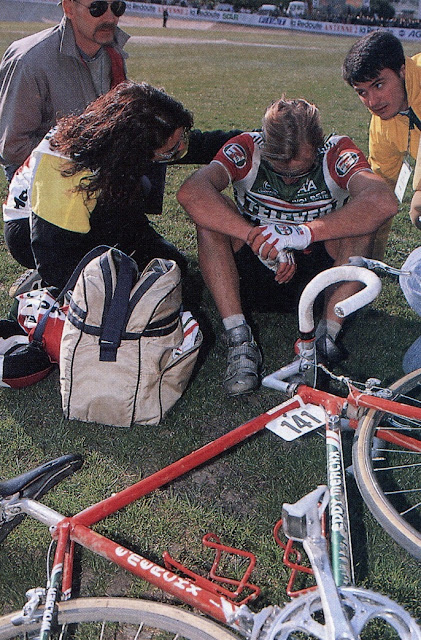