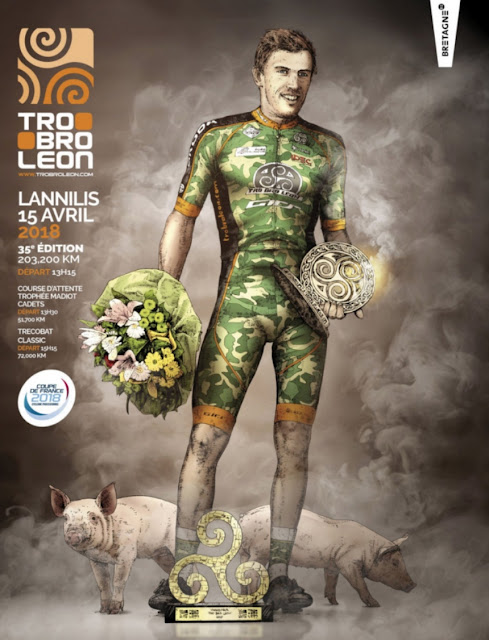 In Finistere, Brittany there is an underrated one-day race ridden on dirt tracks, cobblestones, and gravel roads (Ribinou). No, it's not a cyclocross race. First, run in 1984 as an amateur race, becoming a professional race in 2000. It is often called, Le Petit Paris-Roubaix of The Hell of the West due to it's similarities to Paris-Roubaix and enduring to the farmers of the region a pig is given as part of the winner's trophy. Enjoy the 2018 edition.