The race just got so crazy 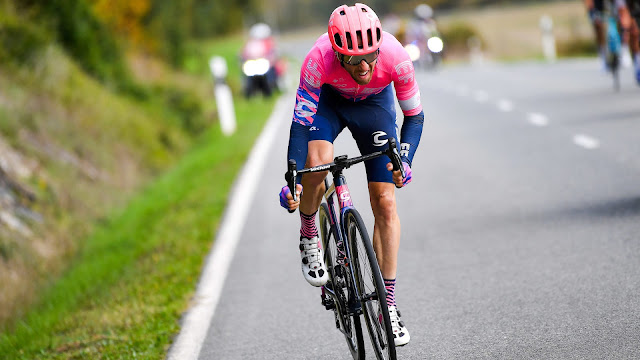 Getting it right
via EF Pro Cycling
Mike Woods attacked at the closing stages of stage 7 to bring home a solo victory. This is his second career stage victory at the Vuelta. He was getting closer after finishing second in stage 6. 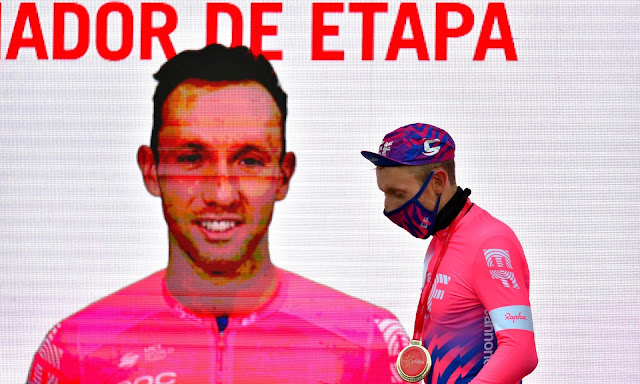 What a win for the good guys of EF Pro Cycling, Rusty Woods adding to this year's grand tour success. Dani Matinez's stage victory in the Tour and Ruben Guerreiro's stage and KoMs classification win.
"It's always amazing racing in the Basque Country. I got away with those four other guys and they were riding super strong. I felt bad that I couldn't pull through, but with Valverde, I just couldn't pull through because we had Hugh in the peloton and we didn't want to give him any more time in the classification. So, I was able to sit in a bit and then I had a bit of luck, I had the legs and I just took the win.
I had penciled in this stage a bit, but initially I wasn't meant to get in the breakaway I was meant to be with Hugh, however the race just got so crazy and the group got so big I had to go across to make sure we had numbers in it and it paid off great for me.
I'm going to savor this stage win and after that I'll start looking at the race book after."
- Mike Woods